The Bolt M-1 is a 2 wheeled form of transport that is said to be part bicycle, electric motorcycle and moped. The electric bike has 5,500 watts and this allows it to travel up to 40mph, while at the same time being taken back to 1,000 watts so that it can be ridden in the form of an electric bike. 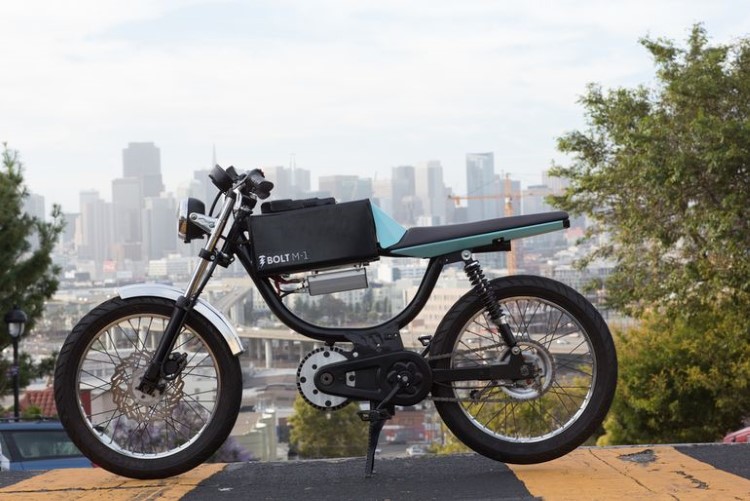 The founder of Bolt Motorbikes is Dr. Nathan Jauvtis and when he moved to San Francisco he rode around on a moped. He said that he found it to be the perfect form of transport for moving around the city. He went on to form Bolt along with Zach Levenberg and the pair came up with their own version of the moped by way of the M-1. 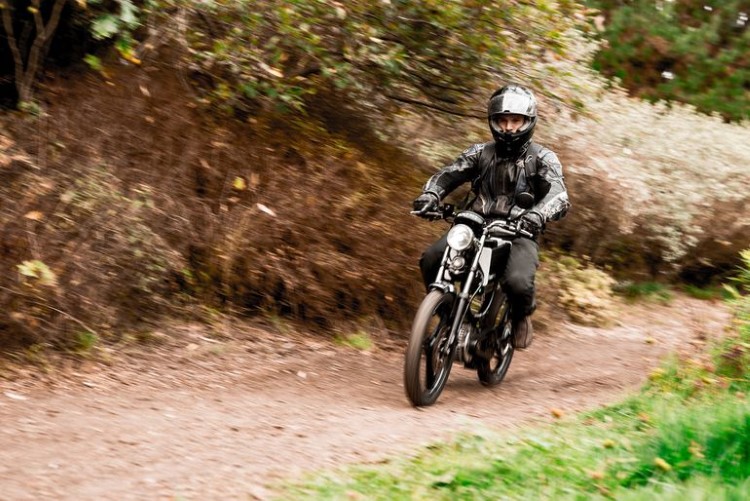 The design of the M-1 is very much along the same lines as that of a moped and the pair wanted to be careful so as to keep it within the specifications of California when it came to their definition of an electric bicycle. This means that there is no need for the rider to own a motorcycle license. The design was kept simple so as to entice riders of ordinary bikes and it is perfect for those looking for a form of transport that is light and which is suitable for urban commuting. The co-founder said that anyone who can ride a bicycle will be able to ride the Bolt.

The Bolt M-1 can be put into economy mode and then never taken out of that mode if that is what the rider wants. The motor will then be limited to offering just 1,000 watts and be optimized for going up to 50 miles by way of motor power alone and a speed limit of 20mph. The rider will not have to use the pedals; however should the rider want to use them they can. 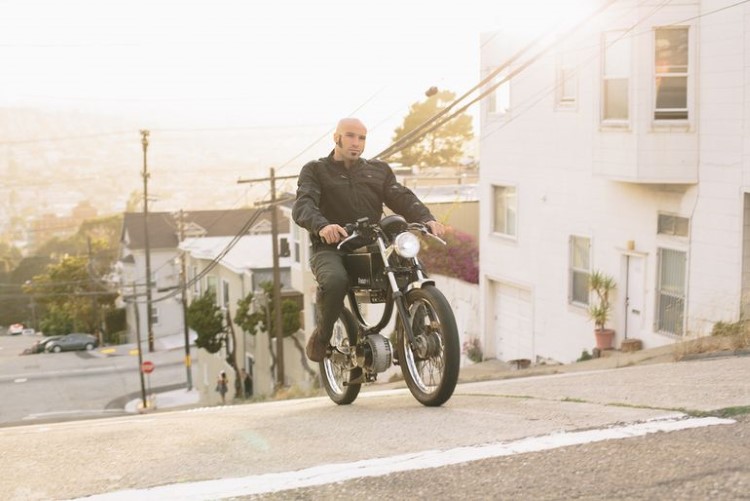 When in the economy mode it is within the limits of California for motorized bikes. The sport mode on the Bolt is for using off road only and when in this mode the range is around 30 miles. The M-1 comes with USB phone charger, Bluetooth support and a control system that is computerized and protected with a passcode. The battery pack offers a quick release to make charging easy and in 1.5 hours it charges to 90%. The bike is just 140 pounds in weight and the first production run of it has sold out. The M-1 is listed at US$5, 485.

More Stories
scienceScientists might have discovered one of the youngest planets ever
Chris Young| 8/11/2022
innovationGenetically modified mosquitoes successfully passed their first test in the US
Loukia Papadopoulos| 4/20/2022
cultureYou should not stay awake after midnight, research reveals — here's why
Deniz Yildiran| 8/5/2022