Porsche Made Its First Electric Car Before First World War Porsche made its first electric car before the First World War in 1898, which appeared in Austria. 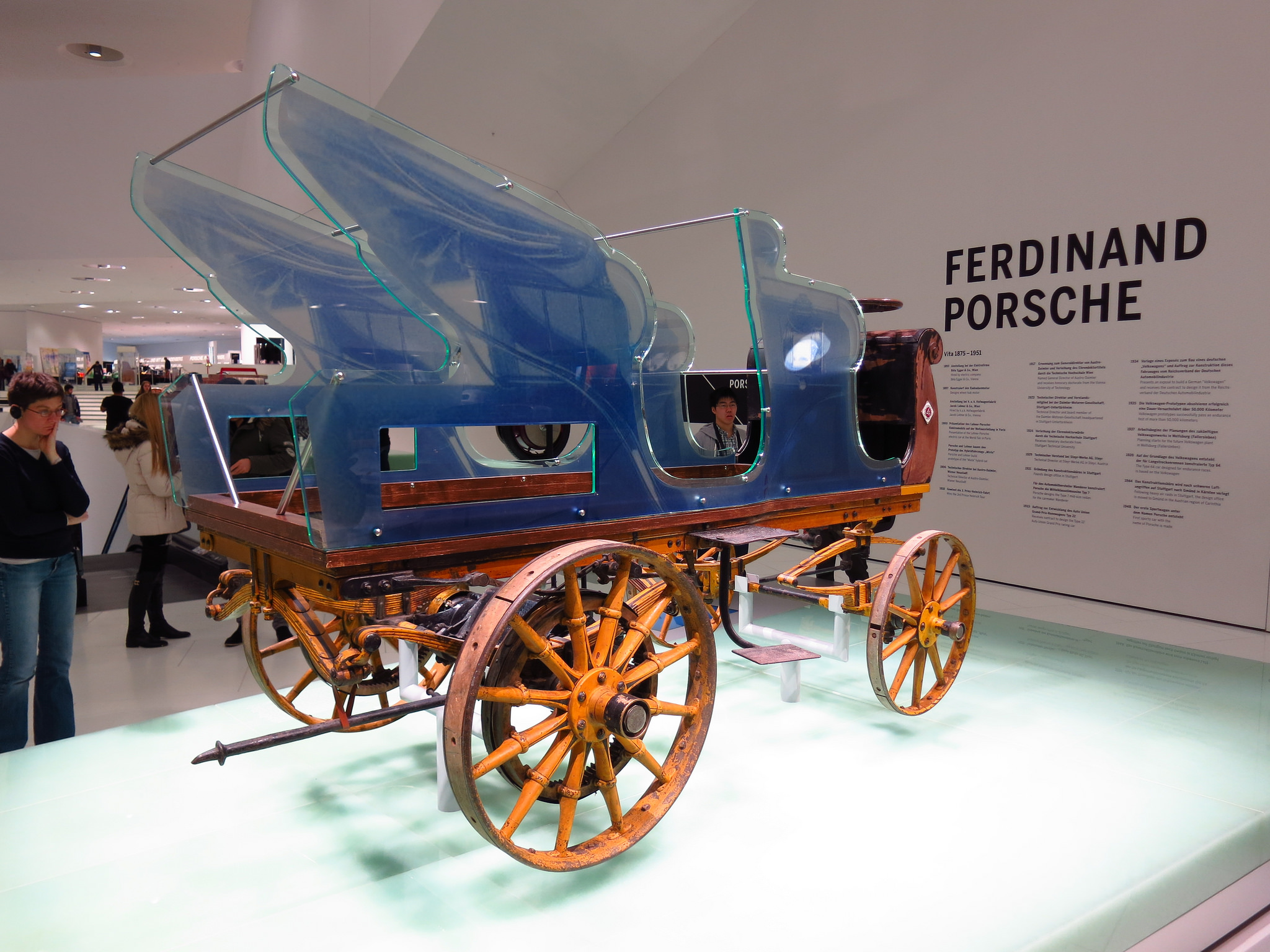 Making electric car is a revolution of the car manufacturers who showed the courage in the late nineteenth and early twentieth century. The first electric car was made by a French physicist Gaston Plante in 1859. In 1898, Porsche’s first electric car came into being. It was the Egger Lohner Electric Vehicle or P1.

The car was one of the first registered vehicles in Austria. The car, with its C2 Phaeton Model engine, first ran on the streets of Vienna on 26th June, 1898. It was run by electricity power, not by the horse. The weight of the car was 287 pounds and it needed at least 3 horses to make it run. So it made people quite puzzled at the first appearance.

There was a propeller which was moving by electricity power, the motor was out back which drove the rear wheels. The 3 horsepower car was developed to 5 horsepower. However, the weight became 2977 pound. It could run up to 50 miles at a speed of 22 mph. It was the fastest car among the then electric or gasoline powered vehicles. The car won a 40 km EV race in 1899, in which almost 16 cars failed out of 28.

However, Porsche’s managing director an engineer Ferdinand Porsche did not allow to make more than 4 cars, mainly because of the  wartime situation and recession which reduced selling of the electric cars. Recently one Porsche car is discovered in a warehouse in Austria. It is placed in the Porsche Automobile Museum of Stuttgart, Germany.