New information has been disclosed from Sweden of its new generation fighter jet, the JAS 39 Gripen. The new jet will be manufactured by a company you may not have guessed - Saab. Yes, car manufacturer Saab are behind the design and will go forth to manufacture what they are claiming is a "sixth generation fighter." 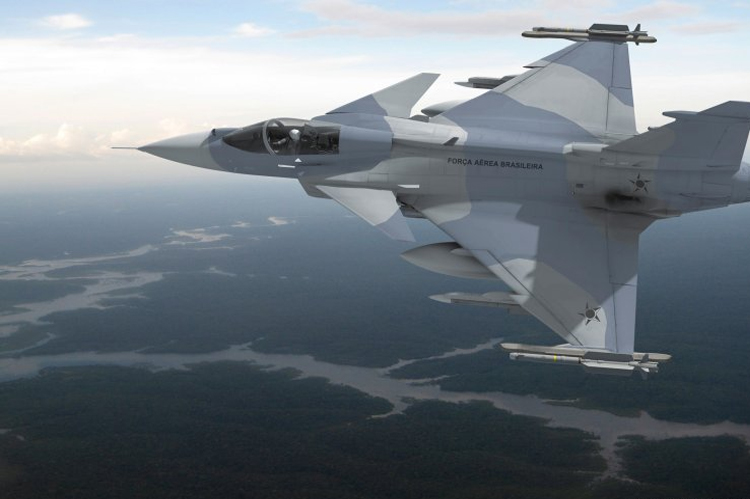 Lockheed Martin dubbed their F-35 jet a "fifth generation fighter" after Russia had denounced their F-22 jet with the same title, but this concept is now 30 years old. So what is it that makes this fighter a step up from the rest?

Fighter jets are incredibly expensive to design and build and therefore, they are expected to have a long lifetime, requiring them to be fairly future proof with ever emerging new technologies and materials. The jet has been designed with a lower than normal budget (older jets will be converted to the new format with new engines at a total price of $43 million) and thus, the primary area of improvement in the jet is software. The E models' software is much evolved since the C and D models.

The jet features state of the art sensory technology with a large portion of the system devoted to being able to identify friend or foe, an important feature in such a fast moving (and what can be confusing) situation where lives are at stake. 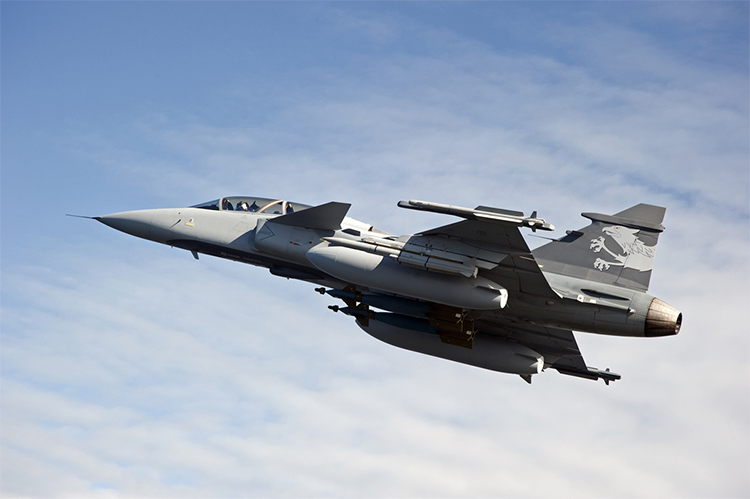 The E model however is slower and less agile than its predecessors but Saab claim that this is "not a bug, it's a feature." War has evolved since the cold war and dog fights between jets are less common. The lesser requirements in speed and agility greatly reduces not only production costs but also maintenance and operating costs, which is welcoming news to the inhabitants of the country whose population is only 9 million.

It will be able to cruise at Mach 1.25 without using afterburner, and will enter service in 2018 with a full suite of weapons including the MBDA Meteor ramjet-powered air-to-air missile. Despite its small size, it can carry a payload of 1100 kg and redesigned main landing gear that retracts into under-wing bulges rather than the body have allowed for a larger fuel tank.

Rather than blowing expenses on research and development and the invention of new technology, the design harvests already available technology from around the World. For example, the engine is from the U.S., the radar technology from Britain and the infrared track and search system is from Italy.

The idea behind converting old jets, focusing great attention to software developments and the use of readily available technology over research and development has greatly reduced costs whilst allowing for an improvement in the fighter jet. As demographics and economics hinder the size of World militaries, if Saab can pull this off it will be a great success in reducing military expenditure whilst still allowing for progressive development.