The Faraday Future FF91 luxury EV just successfully completed another round of grueling testing, including the punishing 2017 Pikes Peak International Hill Climb, competing in the Exhibition Class. The Luxury electric vehicle set a record for the fastest production EV up the hill making it to the top in 11:25.082. 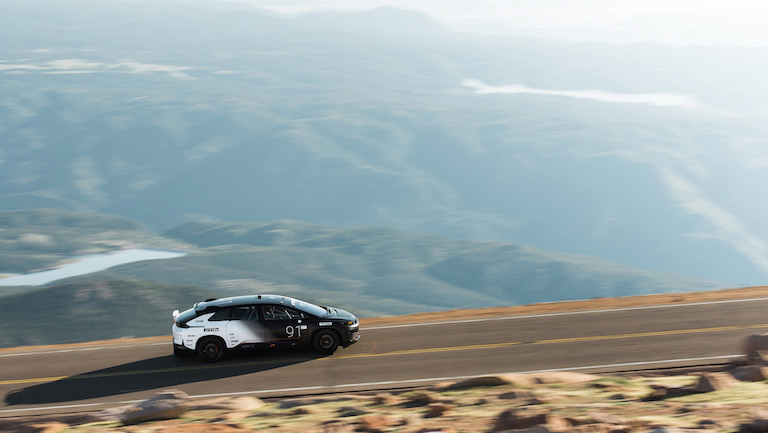 Production is a slight stretch here as the car is actually a beta prototype and not in commercial production yet. The car did experience some small technical issues. Driver and principal engineer Robin Shute said the car experienced some difficulties during the test run. At one stage Shute needed to "stop the car and cycle it to continue."  The previous record was held by Go Puck's Tesla Model S in 2016.

Shute explained, "My goal was to push the FF91 beyond what we thought she could do. We were able to identify key battery-pack relay and system seal issues that will directly result in improvements in the production process. That's what makes this a successful event for Faraday Future."

Pikes Peak is the ultimate test for drivers and cars

The Broadmoor Pikes Peak International Hill Climb (PPIHC) is an annual motor race to the summit of Pikes Peak, in Colorado. The race is held every June and sees vehicles in all classes race to the top of the mountain. The course requires the competitors to go through 156 turns while rising 1440 m. It is a grueling race as the reduced oxygen in the air sucks engine capacity as well as the mental and physical fitness of drivers. Combustion Engines can be robbed of up to 30% of the power as they race towards to summit.

Faraday Future is an American Startup company looking to develop intelligent Electric Vehicles. Their future production model, the FF91, has been heavily marketed with a series of videos. Critics complain the videos are edited to a point where a real critic is impossible. But the car's performance at Pikes Peak was undeniable.

The car is advertised with some pretty weird features that seem to be pushing people to use the car like a meditation space or  office. First it is 'connected', meaning it has internet access and is billed as having an “expansive ecosystem that harmoniously brings together separate elements of your digital life into a singular, seamless experience. Access your favorite content and apps through voice and screen interfaces designed to be as effortless to use as your phone.” 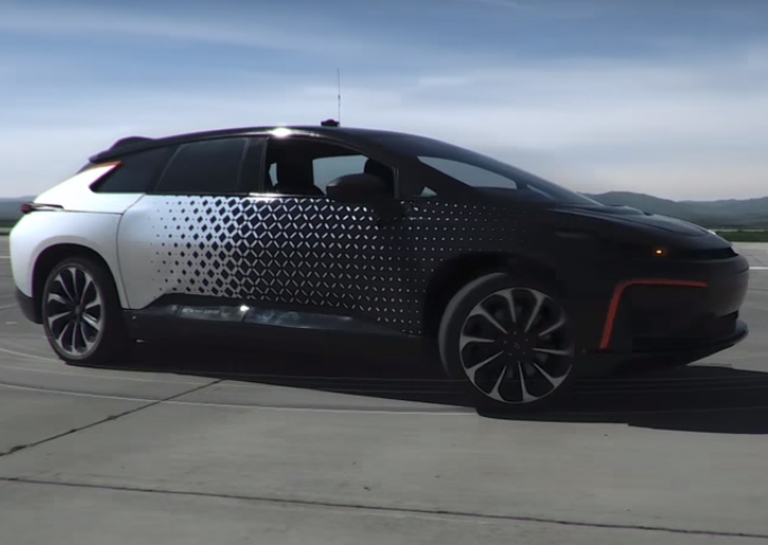 Then it goes into detail about how the chairs can recline to a position NASA endorse as the best for experiencing zero gravity. It seems to be motivating owners to sit in their cars and relax in this neutral body position. Finally it describes the sunroof in detail, encouraging drivers to climb into the back seat and just stare up at the stars.

Despite the weird advertising, the FF91 is undoubtedly an exciting car. Although there is still much to learn about its exact specs. It has been released that just 100 vehicles will be produced in its first round and we’ll be able to see these hit the roads in 2018.