What You Need to Know about Electric Cars

Electric cars are going to make a big difference and you should know these about them. Electric cars are finally starting to make a greater appearance in today's world and we're going to go over a brief history of their journey, how they work and what the future holds for them. One of the greatest advantages to the electric car revolution is obvious - no harmful emissions. 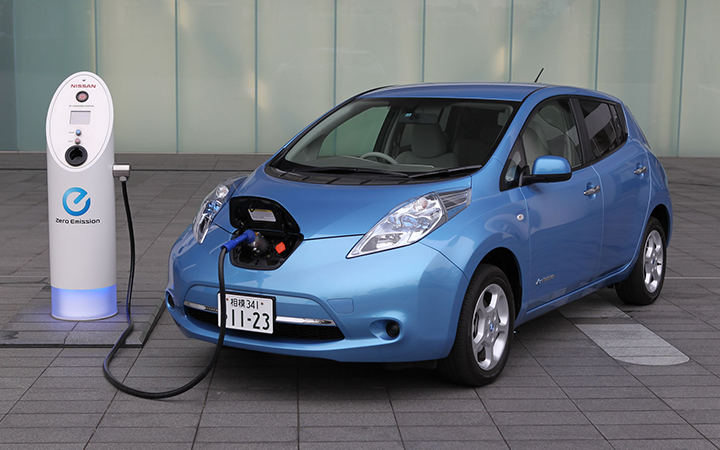 Now, you may get those people who say 'yeah well you still need to burn fossil fuels to make the electricity for them,' which may be true in some cases and even then, the total consumption is still less than if we were to stick to gasoline cars. Gasoline cars offer a tank to wheel fuel efficiency rate of about 10-15% whereas power plants operate at greater efficiency. On top of that there is a constant increase in green energy production such as solar, wind and wave power and the fact that electric motors used in cars ca operate up to 90% efficient, offering a grid to power at the wheels efficiency of 60%. The use of an electric motor also makes way for regenerative breaking, where energy normally lost as heat in breaking is converted into useful electrical energy and stored for later use.

The first electric car was built by Thomas Parker in London in 1884! He's also the engineer responsible for electrifying the London Underground. So why have they never captured the market. Quite simply, batteries. Batteries just haven't kept up with the rate of technological advancement and have remained expensive and large for a long time; certainly not quite suited enough for automobile applications. Also, charging times just couldn't compete with the speed of filling up the fuel tank and there is a lack of a universal re-charging station infrastructure.

These days there are many different types of electric car from numerous manufactures. A car may be full-electric, which is powered solely by batteries and an electric motor, or there are hybrid vehicles like the Toyota Prius which still have a four-stroke engine but also use an electric motor to split the work and reduce the usage of petrol fuel. BMW, Ford, Honda, Toyota and many others have produced commercially available cars but lately, new car manufacturer Tesla Motors has been leading the way.

Tesla Motors CEO, Elon Musk (who also co-founded Paypal and SpaceX), is about as close a resemblance of Tony Stark you'll find. Check out his Iron Man style controlling method for engineering design. When Tesla Motors was launched in 2003 they set out to make electric cars accessible to all and spark a conversion revolution. The plan was to produce a full electric sports vehicle, targeting the rich who fancied themselves some futuristic fun motorsport and using the money made from that to produce a cheaper more accessible family car. So after the success of the Tesla Roadstar came the Model S which has hit the market by storm. The car is simply gorgeous and brings in some snazzy new designs and technology. The Model S offers a range of 265 miles and 0-60 mph acceleration in 4.2 seconds and comes in 3 versions, 60 kWh (302 hp), 85 kWh (362 hp) or 85 kWh performance (416 hp).

Now it's worth pointing out that you can't just simply compare the horsepower of electric vehicles to petrol engines. The horsepower stated for petrol engines is the maximum (peak) it can be and requires a certain amount of RPM before reaching that power. Electric vehicles however have full torque and power available from 0 mph, just like switching on a light-bulb. This offers smooth and quick acceleration off the mark and also means that cars may not need such big horsepower values.

Electric cars also require much less maintenance due to their simplistic design. All you need is some form of battery and an electric motor, and a controller to control the amount of power travelling from the batteries to the motor. Compare that to all the small moving parts and components of a petrol engine vehicle. This means that there's no crank shaft running through the middle of the car so interior space is much greater, as well as being able to offer two trunks.

Charging times are being shortened and batteries are being made lighter and to offer more energy storage but there is still plenty of room for improvement. I'll be happy the day a battery can run a smartphone for longer than 1 day! Electric car development is directly linked to improvements in batteries but the future certainly looks promising for electric cars with an infrastructure finally underway and backing from numerous governments to support the conversion.