Traveling Through the Adirondacks Just Got Easier with Railbiking

The Revolution Rail Company is bringing a fun and interactive railbiking tour to the Adirondack State Park in New York State.

The United States is home to an incredible variety of mountains, from the green and rocky Appalachian Mountains that start in the Southeast and span more than 14 states, to the assaulting Rocky Mountains which cast haunting, crystal clear reflections on nearby lakes and rivers in Colorado. There are some smaller and less well-known, but equally charming, Mountains like the Adirondacks, part of the Adirondack Park. 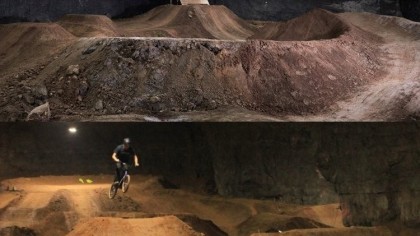 Hiking through these mountains and breathing in the fresh air while taking in the majestic scenery is a reward all its own. Whether you’re a nature enthusiast, an avid hiker or simply need a short break from hectic city life, there is something for everyone. However, not everyone is up to the same fitness level, age or even navigating ability to make the most of a mountain trek.

The Revolution Rail Company is changing this with their new concept called ‘railbiking’. It gives trekkers the option to skip the monotonous or tiring parts of the hike, and still take in the scenery.

If you’re picturing a contraption that resembles a ski lift or even a Segway, think again. Pedal power pushes them. The outdoor adventure company has designed comfortable two seaters that link up with a metal rod on opposite sides of the train tracks— because after all, wouldn’t it be nice to hike and chat at the same time? After all, the distance of the railbiking tour is just under 10km.

As one would imagine, these pedaling devices allow visitors to the Adirondacks to see areas which were before inaccessible from the main trails. Passing over the Hudson River, which also runs south to New York City, one can imagine what life was like in the abandoned iron town of Tahawus, an area through which the two-hour journey passes.

The prices for the two-seater or for the family-friendly four-seaters are $70 and $130, respectively. Shuttles to and from the nearby North Creek Railroad Station make it very easy to plan a trip to the park. Though the pedaling tours are not operating year round now, they do run as late as October 31st, which is considered late season in this region of the country where the winters are quite frigid.

Of the new tour, Robert Harte said, "We are really excited to launch this fun family activity and open up a stretch of track that has never been open for passenger service," who with his partner Michael Dupee, developed the product as an educational tool for better understanding the history of the area. It’s evident that the partners worked closely together with the local community to create the best possible product, and experience. The local media also tracked their efforts for the last few years, including the various prototypes were being developed.