A concept for a vertical double helix gondola ride by the name of the Tricentennial Tower has been proposed for New Orleans. The design shows the ride as an observation tower on top and gondola ride below and is one part of new plans for the redevelopment of the World Trade Center New Orleans building. 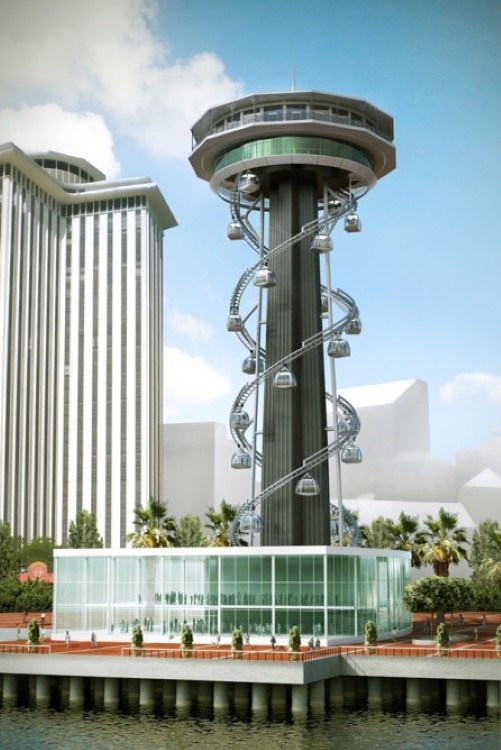 US Thrill Rides is the team behind the Tricentennial Tower idea. It will be a family attraction for tourists featuring a double helix gondola ride that wraps around the exterior of the observation towers stem offering spectacular views out over the city 360 degrees.

Plans for the tower include an observation deck along with a sky high restaurant and New Orleans 360 Interactive Experience. The latter offering a panoramic tour of New Orleans throughout the year in virtual reality. 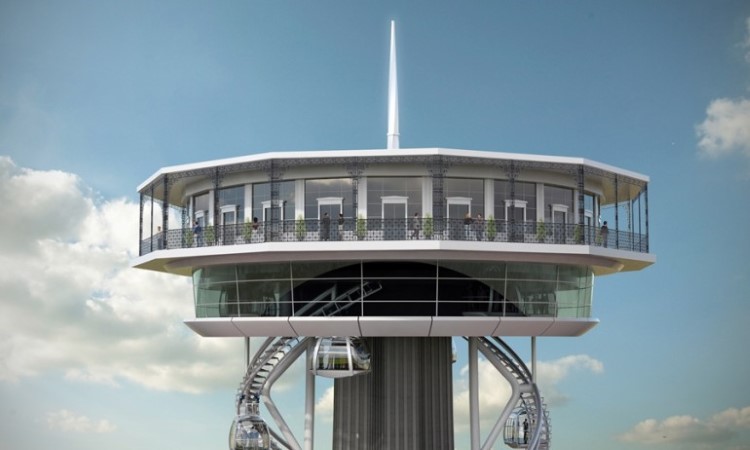 US Thrill Rides say that the attraction will become an icon in New Orleans along the same lines as the Space Needle in Seattle and the London Eye in the UK. The gondola ride will offer visitors views out over the greater New Orleans area including the French Quarter, the Mississippi River and the Commercial Business District. 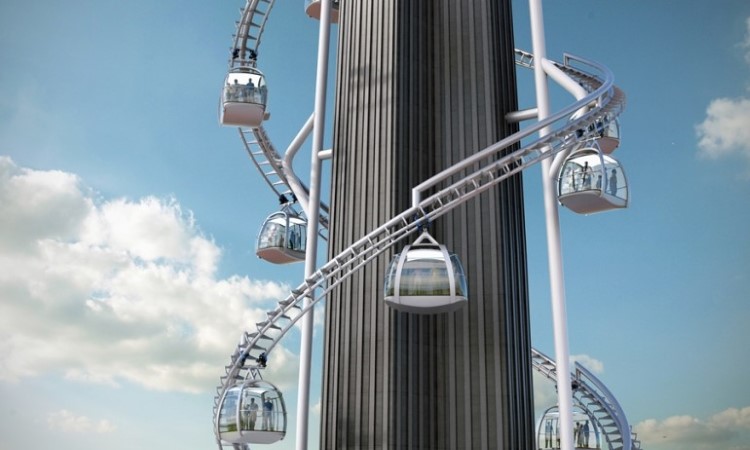 The Tricentennial Tower is going to be developed in a partnership between US Thrill Rides and Two Canal Street investors. Providing Two Canal Street win and take on the redevelopment contract, as at the moment they are a finalist, the tower concept will become a reality. If this happens US Thrill Rides estimate that the towers completion will be by 2018. This is when New Orleans will celebrate the cities 300th birthday.