The McDonnell Douglas', now part of Boeing, F-15 Eagle is one of the most iconic and, dare we say, beautiful, jet fighters of all time. The U.S. Air Force has used this wonderful piece of kit for many decades. In fact, it has been their primary fighter jet aircraft and interception platform since the early 1970's. This weapon of war has proved to be a very effective air superiority fighter, which is unlikely to change for some time yet. Or is it? There have been rumors of its retirement, but more on that later. In the following article, we'll take a quick look at this iconic plane. Just think Starscream would have a very different look if this plane had never existed. Perhaps he would never have existed? Yeah, I know.

Ok, enough Transformers geek out, let's get back on target and take a little look at this beautiful aircraft and briefly explore its future. We might be a bit biased (but look at it).

History of the Eagle

With designs formalized in 1967, the Eagle was born. Her first test flight, the F-15A, was in July 1972. July of 1973 saw the successful test flight of the two-seater trainer variant the F-15B. In January the first combat squadron models were delivered to the USAF. 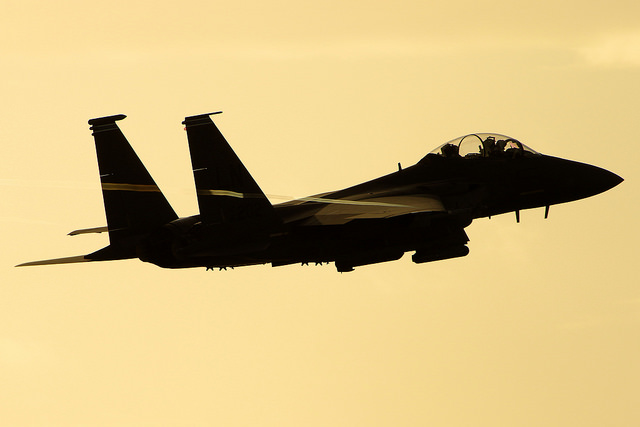 Further upgrades were made to the Eagle design in early to mid-1980's. These included improvements to avionics and improved armament controls to enable the use of AIM-7 to AIM-120A missiles as well as radar upgrades. F-15C to E models were used to great success in the Gulf War of 1991. F-15C models accounted for about 34 of the 37 USAF air-to-air victories during this campaign. F-15E's were used mainly for night operations and SCUD missile launcher hunting.

F15 Eagles have since been used for operations in Iraq, Bosnia, and Afghanistan. Currently proposed upgrades by Boeing include integration of some stealth capabilities to provide the USAF with the F-15SE, or Silent Eagle. As if it wasn't fearsome enough. Current versions have an incredible kill ratio of 104-0 in combat.

This jet's superior maneuverability and acceleration are achieved through its high thrust to weight ratio and low wing load. Low wing load, if you are not sure, is the ratio of the aircraft's weight to its wing area. As this is relatively low on the Eagle it plays a vital part in the aircraft's ability to perform tight turns with little loss of airspeed. It is absolutely vital for an air superiority fighter.

This bird has impressive multi-mission avionics that set it apart from many other fighters. She has HUD, advanced radar, inertial navigation, and ultrahigh frequency communications. The Eagle also comes equipped with tactical navigation systems and instrument landing systems. Not to mention the F-15's internally mounted tactical electronic-warfare systems, "friend or foe" identification system, electronic countermeasures and central digital computer. It is a formidable opponent indeed.

The Eagle at War

The F-15 Eagle has a great mixture of unprecedented maneuverability and acceleration, range, weaponry, and avionics. 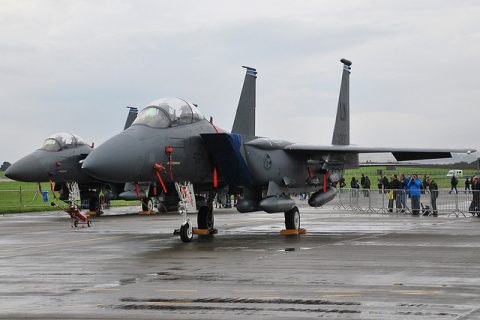 The "Eagle" has sophisticated electronics and weaponry that are able to detect, acquire, track and attack hostile fighters in a variety of arenas. During combat, the pilot uses a head-up display that projects on the windscreen. This displays vital information gathered by the integrated avionics systems. The HUD allows the pilot to track and destroy enemy aircraft, in any light condition, without looking down at cockpit instruments. Saving time and potentially the pilot's life.

The Eagle comes packed with a versatile pulse-Dopler radar system that can identify high and low flying targets without being confused by ground clutter. This radar system allows the fighter to track aircraft and small high-speed targets at distances beyond the visual range and down to treetop level.

All of this information is fed to the HUD and provides both threat warnings and automated countermeasures against threats. If the pilot finds himself in a dogfight the radar automatically acquires the enemy, pretty handy. The Eagle can be armed with a large variety of combinations of armaments. From AIM-120 advanced medium range air to air missiles on its fuselage to AIM-9L/M Sidewinders on its wing pylons. 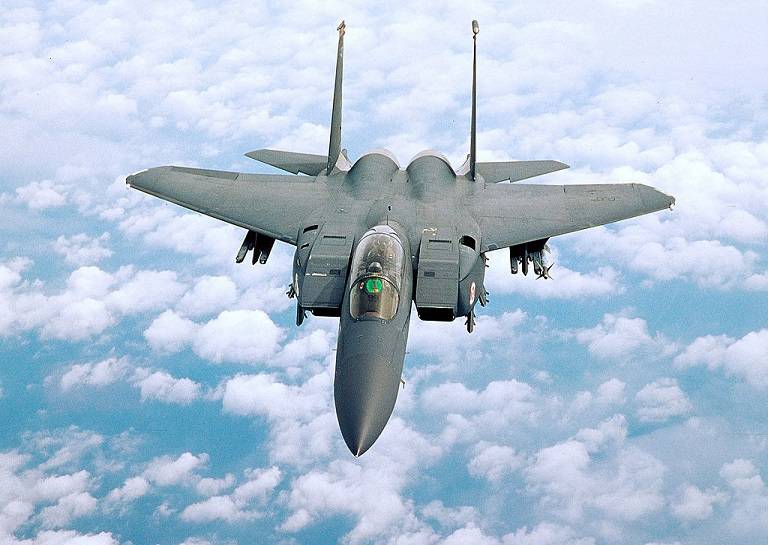 Is the F-15 Eagle set for retirement?

Given the fighter's age, you'd be forgiven for thinking it is long past retirement age. But it has been rumored that the USAF has delayed the inevitable at least for a decade. Rumors have circulated lately of its replacement with the F16-V Fighting Falcon. In 2013 it cost around $41,921 an hour to keep in the air! This rumor comes from the fact that the F-16 costs a paltry, $22,514 an hour. The proposed replacement using the F-16 would save the USAF around half of that. For comparison the original replacement for the F15 Eagle, the F22 Raptor costs around $68,363 an hour to fly!

The USAF dismissed these rumors in March of 2017 saying they have no plans to retire the fleet within the next decade. They did admit that they are conducting a cost analysis for F-16 replacement but "We are not replacing (the F-15) at this time." Lt Gen Jerry Harris told Congress. Phew, what a relief for Eagle fans.

So there you go, a brief ode to the F-15 Eagle. Do you love this aircraft as much as us? Have you ever sat in the cockpit? We'd love to hear your experiences with this iconic aircraft.