Try Not to Get Claustrophobic After Seeing Inside the Hyperloop Pods

The hyperloop seems to be the next big thing in the transportation industry, but have you taken a moment to think about what it will be like to ride inside one of the pods? Hyperloop One, the company that just demonstrated one of their first track tests, is focused more on cargo transport. Hyperloop Transportation Technologies, on the other hand, is focused on human transport, but their pods seem just a little cramped. There really isn't that much space to work with, and in order to maximize passengers, you may end up have to deal with just a little claustrophobia. Check out the video below that will show the interior of the hyperloop pod and their 'simulated windows.'

The hyperloop is by far one of the most futuristic and exciting new technologies, but the designers may run into some issues making passengers want to keep taking the trip. Between cramped pods and artificial windows, you may feel like you are just packed into a tin can with 50 other people. The Verge worked up some concept drawing of what the pods will look like, and you can check those out here, if you want.

Overall, this new method of transportation is likely to surge when it is first implemented due to the ease of travel as well as the speed in which you can transport yourself across vast distances. Engineers and designers will likely have to deal with the cramped space by either cutting down on the number of travelers or by making the pods comfortable enough to accommodate everyone onboard. 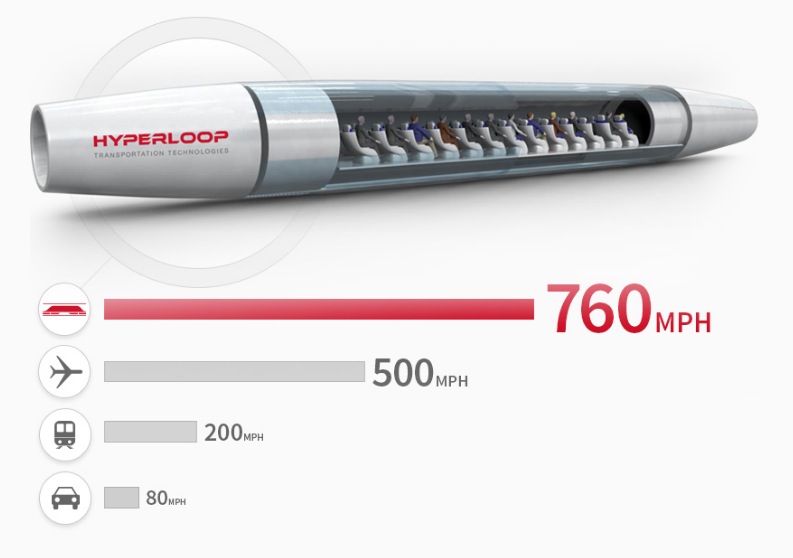 What do you think? Do these pods look like something you would want to ride on, or will you stick to driving or flying when the hyperloop is successfully implemented? Let us know in the comments.