This revolutionary healthcare reform by the government will eliminate all the fees for cancer treatment, surgery, and medication.

Turkey made a revolutionary announcement yesterday to make all cancer treatments and associated surgeries free for the citizens. Jülide Sarıeroğlu, Minister of Labor and Social Security, reportedly said in a written statement that all the fees for treatment, surgery, and medication of cancer charges from the patients will be eliminated.

“A cancer patient will not pay any extra fee as the state will cover it all,” Sarıeroğlu said.

With this announcement, the annual spending by the government will rise considerably from 240 million liras to 750 million liras ($162.4 million). However, this landmark health care reform according to Sarıeroğlu is just the beginning. More "improvements to come" to health services "regardless of costs" she said.

The government will provide private hospitals with a 200 percent increase in payments for cancer treatments of all the citizens with social benefits. Sarıeroğlu also promised to improve the financial conditions of public healthcare providers as well as state universities.

"We fulfilled our pledge to our cancer patients that we will help them to fight against this disease," Sarıeroğlu said in a written statement.

Cancer is responsible for 20% of the overall mortality and around 164,000 people are diagnosed with cancer every year in Turkey, roughly 450 people on a daily basis. Lungs and breast cancer form the most common types in the country.

According to Esra Kaytan Sağlam, the head of the Turkish Society for Radiation Oncology, the annual cost of treating cancer in Turkey is estimated at $3 billion per year, which is expected to triple by 2030.

“Smoking-related cancer types are much higher in Turkey than they are in the West,” she said. Lung cancer according to Sağlam makes up the largest share of cancer treatment costs.

The data from the health ministry show that around 27,000 cancer cases related to smoking were diagnosed last year. The country imposed a comprehensive ban in public places since 2009 but still struggles to bring down the smoking rate.

For breast cancer, however, Turkey runs 198 centers which also include 33 mobile units that help in early diagnosis, medical checks, and awareness. According to the health ministry statistics, around 17,000 women were diagnosed with breast cancer last year in the country. 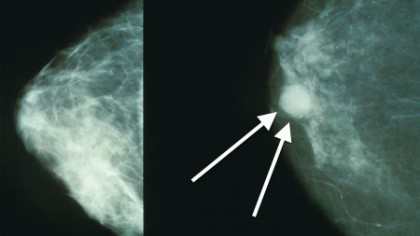 Despite the efforts, the country still falls behind the developed countries like the U.S. and EU in terms of frequency of cancer cases. The country ranks sixth in Europe after U.K., Germany, France, and Spain in terms of allocating funds for cancer treatment.

But the overall health spending for cancer treatment was only 3 percent last year compared to 6.6 percent in France, 6.4 percent in Italy and 5.4 percent in the U.K.

However, in recent years, Turkey has taken important steps to bring reforms to the healthcare system. Apart from modernizing existing hospitals, 500 new hospitals have opened in the country. In addition, hospitals run by the health ministry and the SGK (Social Security Fund) that manages medical coverage costs, were merged in an attempt to prevent overcrowding.