Ships are often sunk in order to create underwater reefs perfect for snorkeling and preserving marine habitat. Turkish authorities have just sunk something a little different than a ship, and it wouldn't  normally ever touch water, an Airbus A300. The hollowed out A300 was stripped of everything potentially harmful to the environment and sunk off of the Aegean coast today, according to the Guardian. Not only will the sunken plane create the perfect skeleton for artificial reef growth, but authorities hope this new underwater attraction will bring tourists to the area. 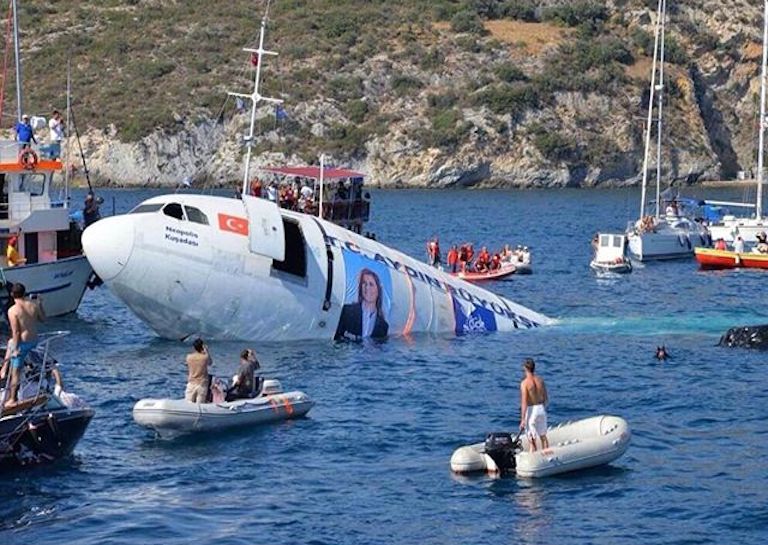 The plane stretches a total length of 54 meters, where experienced scuba divers will eventually be able to venture through the cabin and around the plane's exterior. Aydin Municipality bought the plane from a private company for just under US$100,000, but they hope to see a return on that investment through the tourism industry. Tourism throughout Turkey is expected to fall this year as the country has been the victim of several deadly terrorist attacks. As far as sunken planes go, this Airbus A300 is the largest intentionally sunk aircraft ever.

Taking a trip underwater and exploring the fuselage of a sunken A300 would be quite the adventure, and that is exactly what Turkish authorities are hoping this attraction will make people think. Drawing in adventure seekers and experienced divers, this new artificial Airbus reef will be a scuba diver's paradise.

Scientists Want to Make Mars Conducive to Life. With an Artificial Magnetosphere?