Turmeric, the spice commonly associated with Indian cooking, has been used by researchers as a treatment for infants with cancer.

Neuroblastoma is the most common cancer in infants, affecting 1 in every 7000 children. 90% of the cases of neuroblastoma is found in children under the age of 5, it is a rarely diagnosed in adults. The most common treatment for the cancer is chemotherapy, however, this invasive treatment has severe side effects such as prolonged developmental delays and hearing loss.

But new research from scientists at the University of Central Florida reveals this type of cancer may be treated with nanoparticles loaded with turmeric.

The new paper, published in Nanoscale describes how targeting the cancer cells with turmeric extract can treat cancer. Senior author of the paper, Tamarah Westmoreland, says,“This research demonstrates a novel method of treating this tumor without the toxicity of aggressive therapy that can also have late effects on the patient’s health.”

Sudipta Seal, who directs of UCF’s NanoScience Technology Center and Advanced Materials Processing Analysis Center, goes further explaining, “This shows that nanoparticles can be an effective delivery vehicle for cancer drugs. More research is needed, but we are hopeful it could lead to more effective treatment of this devastating disease in the future.”

The experimental treatment involves attaching curcumin, a component of turmeric, to nanoparticles that are then used to target treatment-resistant neuroblastoma tumor cells. 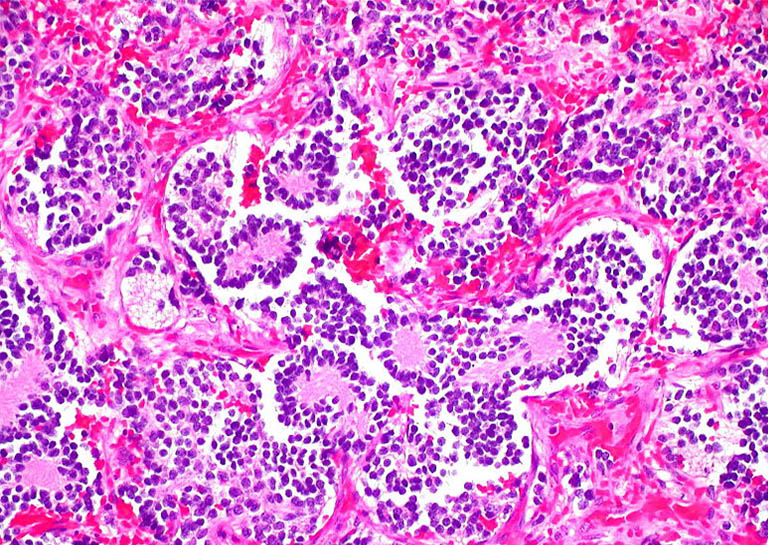 Infant cancer affects 700 babies a year in the US

Neuroblastoma cancer often starts in the nerve cells commonly form in the tissue of the adrenal glands. The US experiences more than 700 cases of neuroblastoma cancer a year. Aggressive forms of neuroblastoma are difficult to cure and can become resistant to treatment. Curcumin has previously been identified for its possible cancer-fighting ability, but its low solubility and poor stability make it difficult to apply to medical treatments. However, the new research shows how nanoparticles can act as an effective delivery method.

Turmeric has a long association with health and illness treatment. There is little scientific research to back it up. Turmeric is thought to have anti-inflammatory properties and is a common ingredient in natural medicines. The plant is native to Southeast Asia. It can be eaten fresh but is generally consumed after the rhizomes have been boiled, dried and ground to create the deep-orange/yellow powder most famous as a coloring and flavor in Indian and Bangladeshi food.

The bright color of turmeric is often used as both a fabric and food dye. While the spice doesn’t have very good sticking properties when applied to cotton, it is still commonly used in India to dye saris and monks' robes. As a food coloring, it is used both to add colour and flavour to food but also to protect food from sunlight. It is also utilized in process broths and instant meals as a cheaper replacement for saffron.