Converting a Wrecked Car into a Boxer Engine Coffee Table

Accidents happen, and with that, so does the end of a car.

Cars can be scrapped at any time for nearly any reason. Perhaps it no longer remains legal due to emission regulations, or maybe an accident broke your baby so bad that she had to be sent to the car graveyard. However, the end of a car does not have to be the end of its beauty. After all, beauty is what is on the inside, for example, like a gorgeous boxer engine.

Following a devastating crash that brought an end to Reddit user graypes' car, he decided to let a piece of his car live on through its heart. The car was wrecked, yet that was hardly enough to ruin it completely. 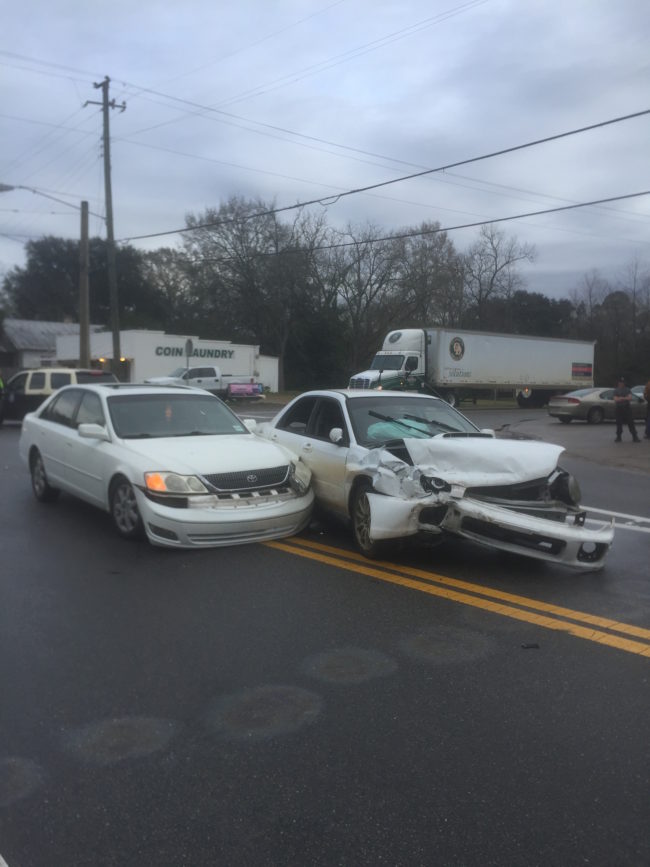 The crash was caused by a girl who ran a red light, crashing into the buckeye. The crash left the engine block encased in twisted and broken metal. In order to extract it, much of the plastic had to be cut away, with the metal being removed by a plasma torch. 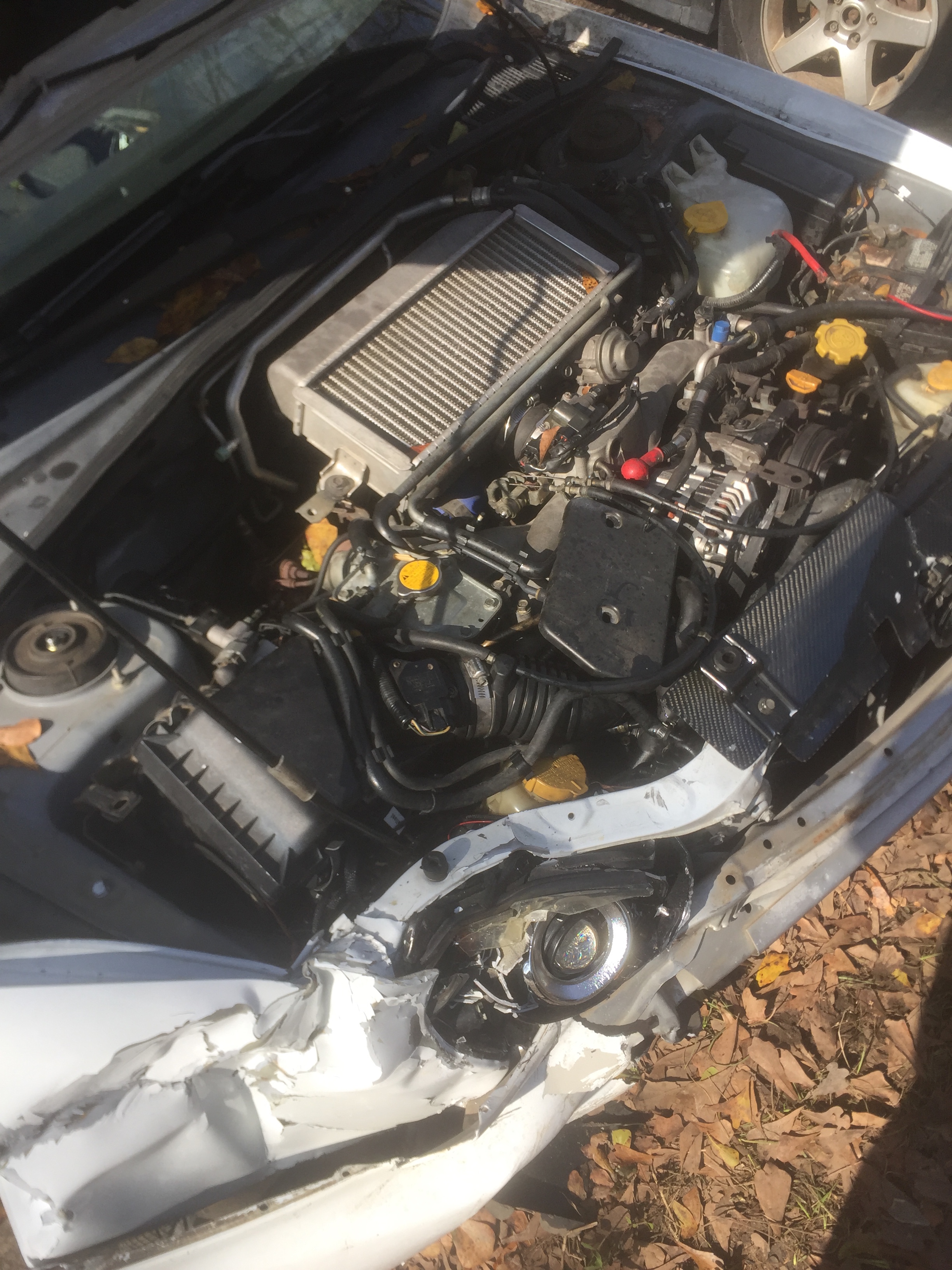 The bumper supports were cut away with the torch to reveal the engine. at this point, Graypes was unsure of how the engine was to be used. 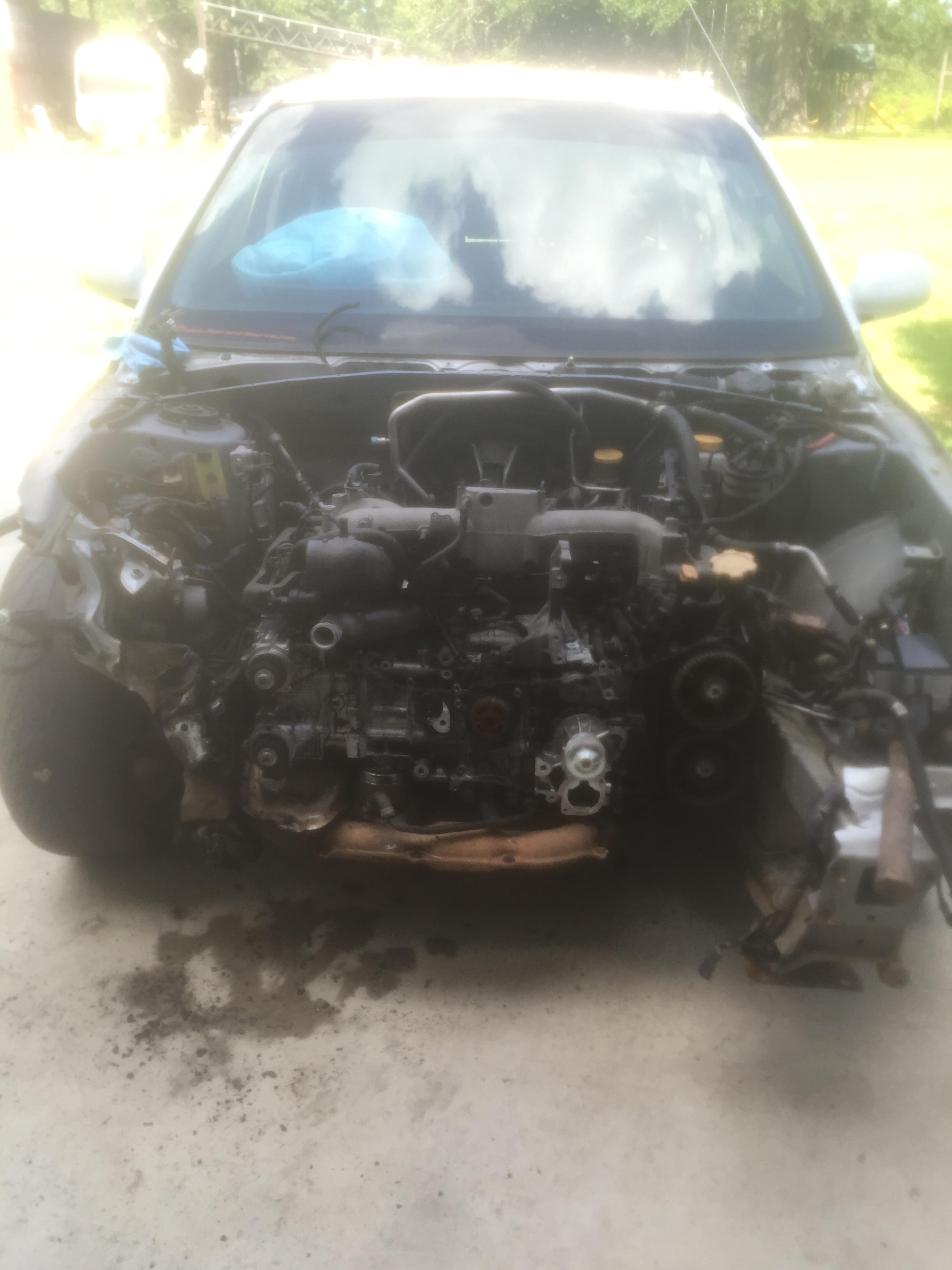 The engine was removed, revealing the blackened oil covered block. 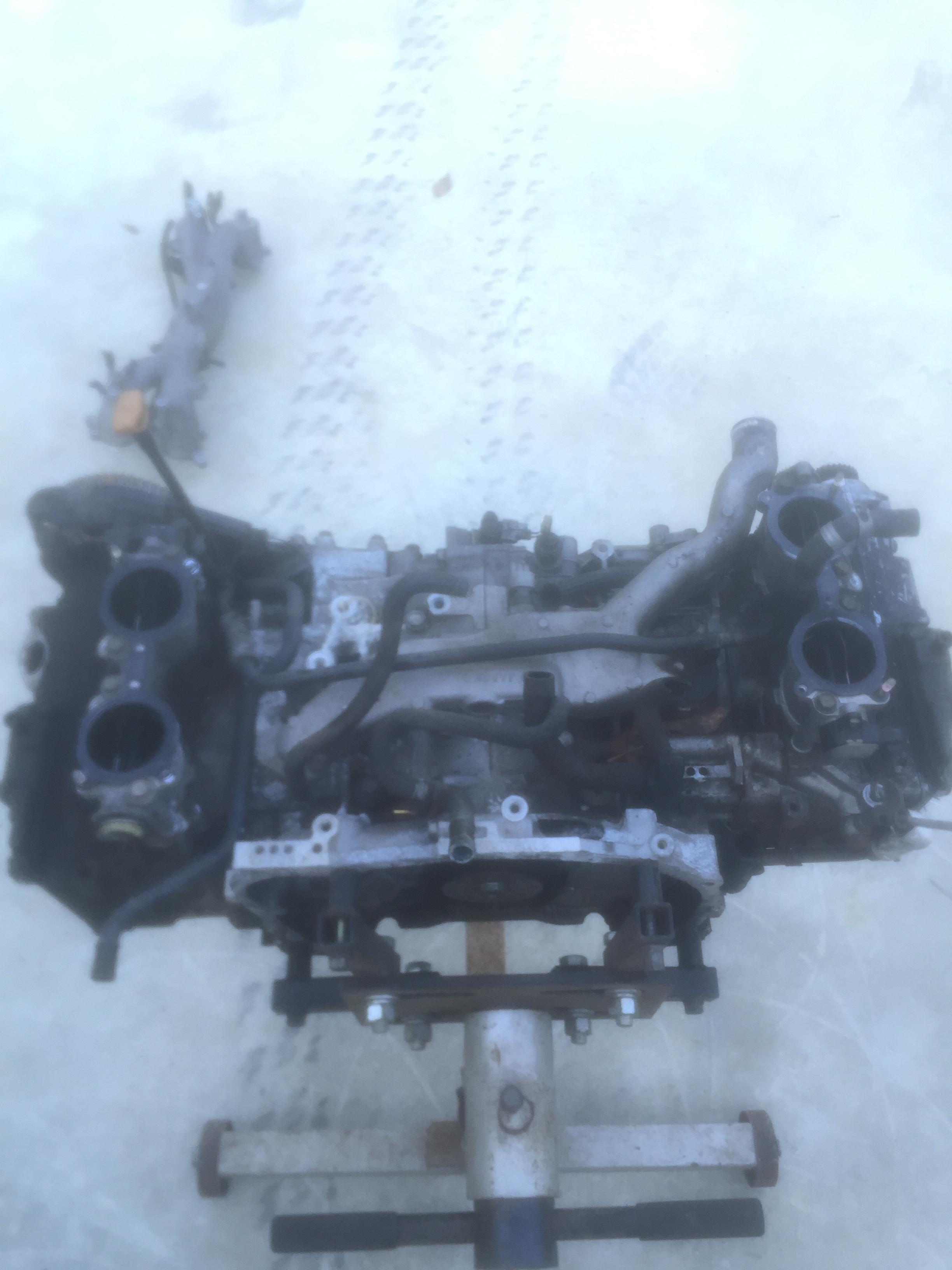 Using gunk removing gel accompanied by aluminum acid based cleaner (of course, applied with the use of gloves and eye protection- safety first!), much of the grime was removed with heavy scrubbing.

Despite all the valves being severely damaged, the engine was still in a rebuild-able shape.  However, with a heart set on a new table, the build continued. The rods were recycled and used as leg supports.

Adding a few coats of paints and reinstalling the belts added impressive aesthetic looks. Adding the glass was the last step which was mounted atop padded mounts. 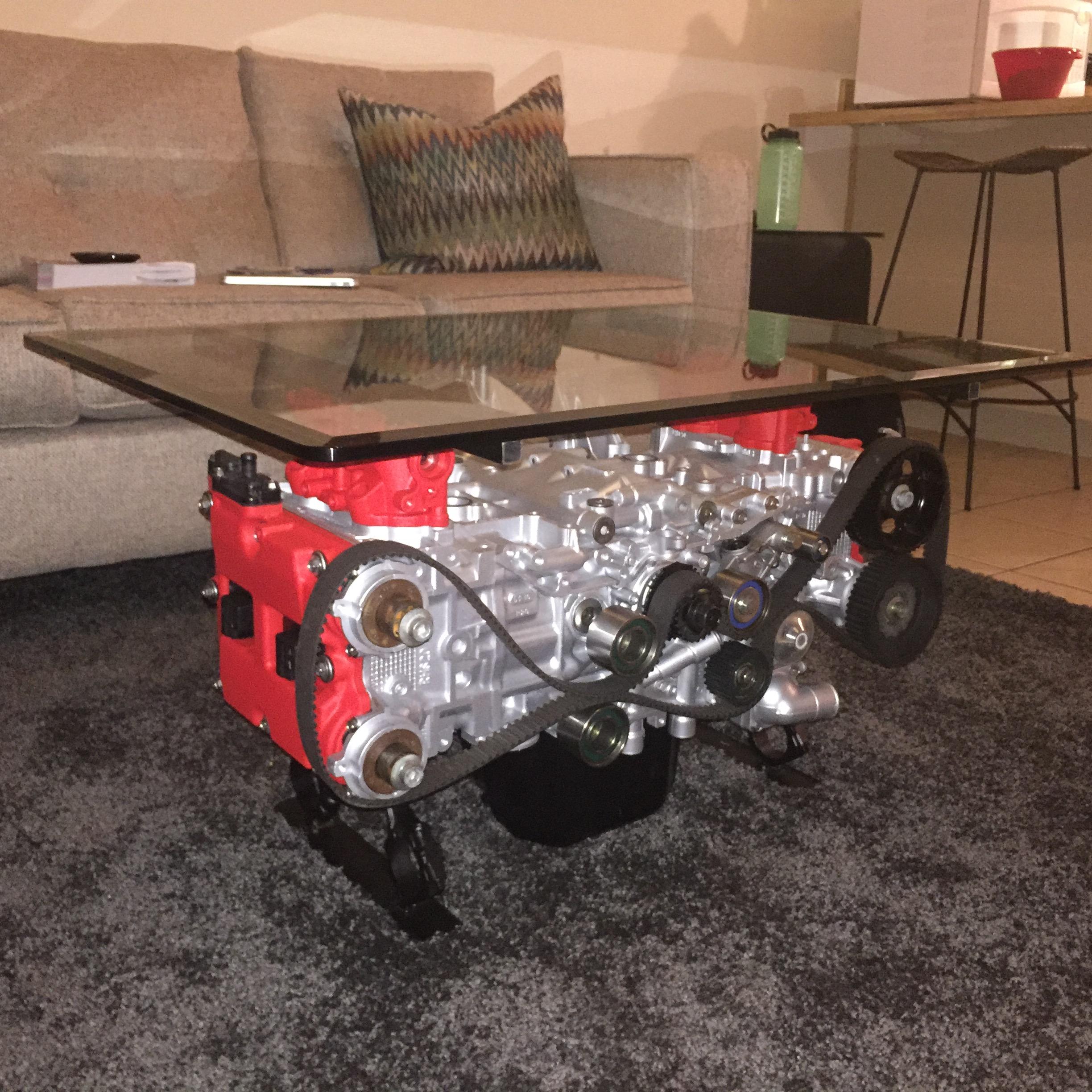 Finalizing the project leaves a beautiful table top that will likely embed itself in the floor overtime. Despite it becoming a 150kg permanent feature, the build remains a beautiful table, instilling hope in broken engines across the world.

SEE ALSO: Rocket Coffee Table is Meant to Bring Nostalgia to Everyone