“Old" might not be an adjective we often use to refer to water, but it definitely applies to a discovery made by scientists from the University of Toronto. Researchers from the Canadian university have uncovered water that they estimate is around two billion years old. As the oldest water ever discovered on Earth, it could improve our understanding of our planet's prehistoric atmosphere and the origins of life. 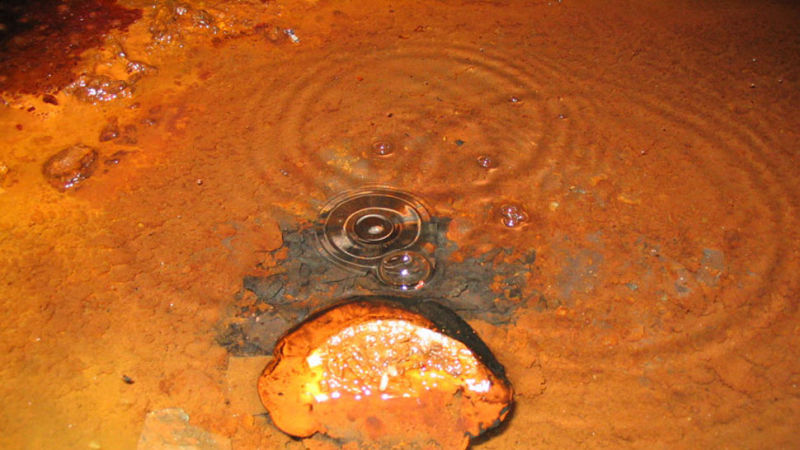 The prehistoric water was found at a depth of 3 km (1.86 miles) in Kidd Creek Mine, Timmins, Ontario. The research team, led by Professor Barbara Sherwood Lollar and postdoctoral researcher Oliver Warr, presented their work at the American Geophysical Union Fall Meeting in San Francisco last week.

Researchers estimated the age of the water by calculating the amount of argon, neon, krypton, and xenon in the water. These gases accumulate in the water over time, Warr told Canada's CBC News.

"If water has been down there for up to two billion years, it can tell us something about the atmosphere at the time, or the state of the Earth, which previously we've not been able to get much insight into," Warr said. 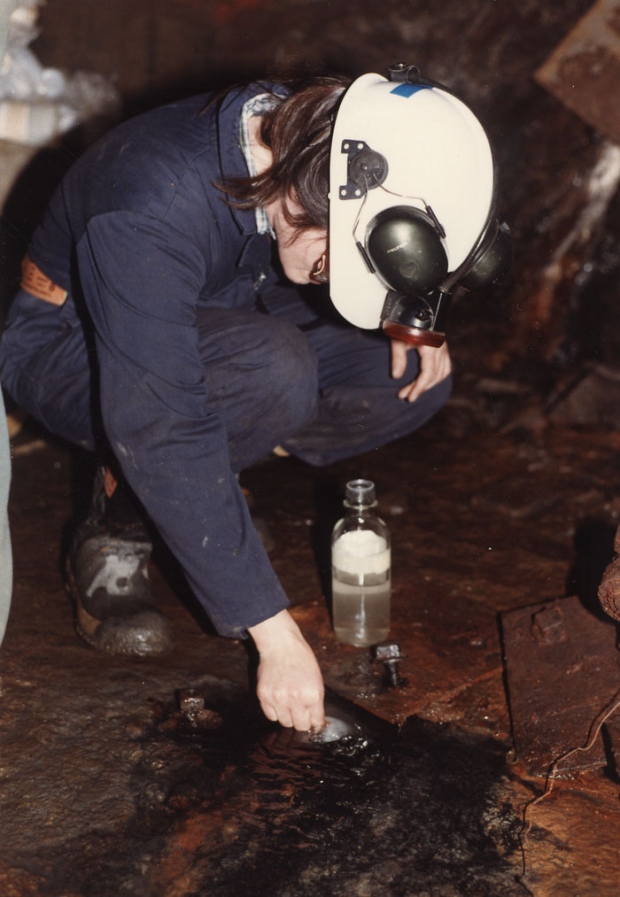 This new find is the result of an ongoing research project from 2013. This first project led to the discovery of water that is 1.5 billion-year-old. The same University of Toronto research team discovered that ancient aqua at 2.4 km (1.5 miles) down in a copper, zinc and silver mine. According to a BBC News report, they estimated that there are about 11 million cubic kilometers (2.5 million cubic miles) of this water or more water than contained in all the world's rivers, swamps, and lakes.

“When people think about this water they assume it must be some tiny amount of water trapped within the rock," Lollar told BBC News. "But in fact, it’s very much bubbling right up out at you. These things are flowing at rates of liters per minute - the volume of the water is much larger than anyone anticipated. It really pushed back our understanding of how old flowing water could be and so it really drove us to explore further. And we took advantage of the fact that the mine is continuing to explore deeper and deeper into the Earth.”

It was when they dug deeper that the researchers discovered the two-billion-year-old water. "The biggest surprise for me was how old this water is," said Professor Chris Ballentine from the University of Oxford. "That water is down there is no surprise - water will percolate down into the rock porosity. But for it to be preserved and kept there for so long is a surprise. So when you think about what's down beneath your feet, it's more exciting than just some rock."

The sparkling salt water has been coming out of rocks in the ground since the 1880s, says a BBC News report. However, its significance wasn't recognized until the scientists discovered that it reacts with the rock to release hydrogen, a potential food source that could sustain life deep in the Earth's crust.

"This is a vast quantity of rock that we've sometimes overlooked both in terms of its ability to tell us about past processes - the rocks are so ancient they contain records of fluid and the atmosphere from the earliest parts of Earth's history," said Lollar. "But simultaneously, they also provide us with information about the chemistry that can support life. And that's why we refer to it as 'the sleeping giant' that has been rumbling away but hasn't really been characterized until this point."

According to the BBC report, the researchers used data from 19 different mine sites, studied as part of the Deep Carbon Observatory program, to assess how much hydrogen was being produced through the underground chemical reactions. Lollar told the BBC, "Hunt for life in the deep crust was now a priority. It gives us a quantum change in our understanding of how much of the Earth's crust might indeed be habitable and have enough energy to sustain subsurface life.

"We want to now follow this 'treasure map', to go to these sites to characterize just how broad this deep hydrosphere is, to characterize the extent of ages, and then to try to understand the differences in the kinds of life we might find in one fracture versus another. And even more exciting is if we can understand the limit to life, understand where we don't see life in the subsurface, and understand what it is about some of these fractures that make them inhospitable for life."

In addition to studying the chemistry of the water, the researchers also found chemical traces left behind by tiny single-celled organisms that once lived in the fluid.

“By looking at the sulfate in the water, we were able to see a fingerprint that’s indicative of the presence of life," said Professor Lollar. "We were able to indicate that the signal we are seeing in the fluids has to have been produced by microbiology. and most importantly has to have been produced over a very long timescale. The microbes that produced this signature couldn’t have done it overnight. This isn’t just a signature of very modern microbiology. This has to be an indication that organisms have been present in these fluids on a geological timescale."

So, how does it taste?

“The water is up to eight times saltier than sea water, and likely has some trace metals in it," Warr told CBC News. "It won't kill you if you drank it, but it would taste absolutely disgusting. Although the ancient fluid isn't tasty, it may hold life. That could have great ramifications as to how life might exist at these kinds of depths, how it might survive. It could start paving the way for understanding life on other planets as well.