Two engineering students invented a new generation fire extinguisher that puts out flames by only playing heavy bass. And now, we don't have to rely on water or chemicals anymore.

It might sound like an amazing party-toy but this sonic fire extinguisher actually can put out a fire with sound waves spread through a mobile subwoofer gun. The tech was so genius that the project soon went viral the and duo started appearing on local TV and in other media.

Based on the idea of quenching fires with heavy bass sound, two engineering students from George Mason University in Virginia developed an unusual fire extinguisher. When compared to the chemical compound of classic fire extinguishers, their invention offers the cleanest way to put out flames. 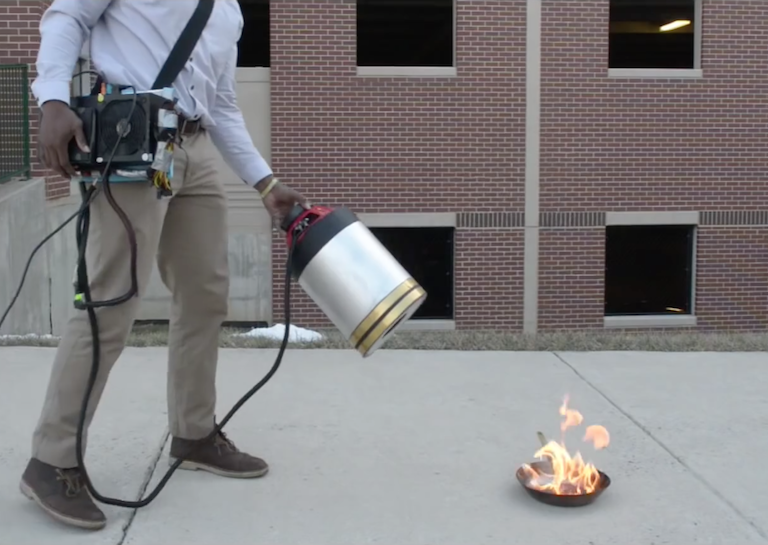 After an extensive period of research and prototyping, two final-year undergraduate engineering students, Seth Robertson and Viet Tran, came up with a nearly non-destructive way to control fires. Although their innovation only works on small fires yet, the method works perfectly. They started with a wide range of frequencies; while high frequency doesn't do much, low frequency of sound is pretty decent for extinguishing a flame.

The idea of using sound waves to quench a fire is not new at all. The US Defense Advanced Research Projects Agency (DARPA) has tested the idea before. However, Tran and Robertson are the first ones who have turned the principle into a practical device.


How can sound waves put out a fire?

Some of you might be familiar with experiencing dub music not only with your ears but also with your body. For those who are into deep bass sounds would know; if your chest ain't rattling, it's not happening, right? That is basically how the innovation of these young engineers works. Just with a little bit of difference; the portable gadget they have designed focuses the sound waves in a specific direction instead of spreading them.

Above all, sound waves have the ability to manipulate both oxygen and burning material. If these two gets separated, the fire dies away. In other words, a sound wave is a type of pressure wave. Pressure wave will remove oxygen from air molecules. Given that oxygen is the main fuel for the fire, this will allow you to eliminate it. Surely the study behind the invention went through a few 'failed frequencies'. By testing out different frequencies, Tran and Robertson founnd out that high-pitched tones were ineffective on flames. They came to the realization that it is all about low-frequency bass sounds between 30 and 60 Hz. Therefore, deep bass tunes of hip hop, dub, dubstep, d&b, trap or grime would also work on flames. 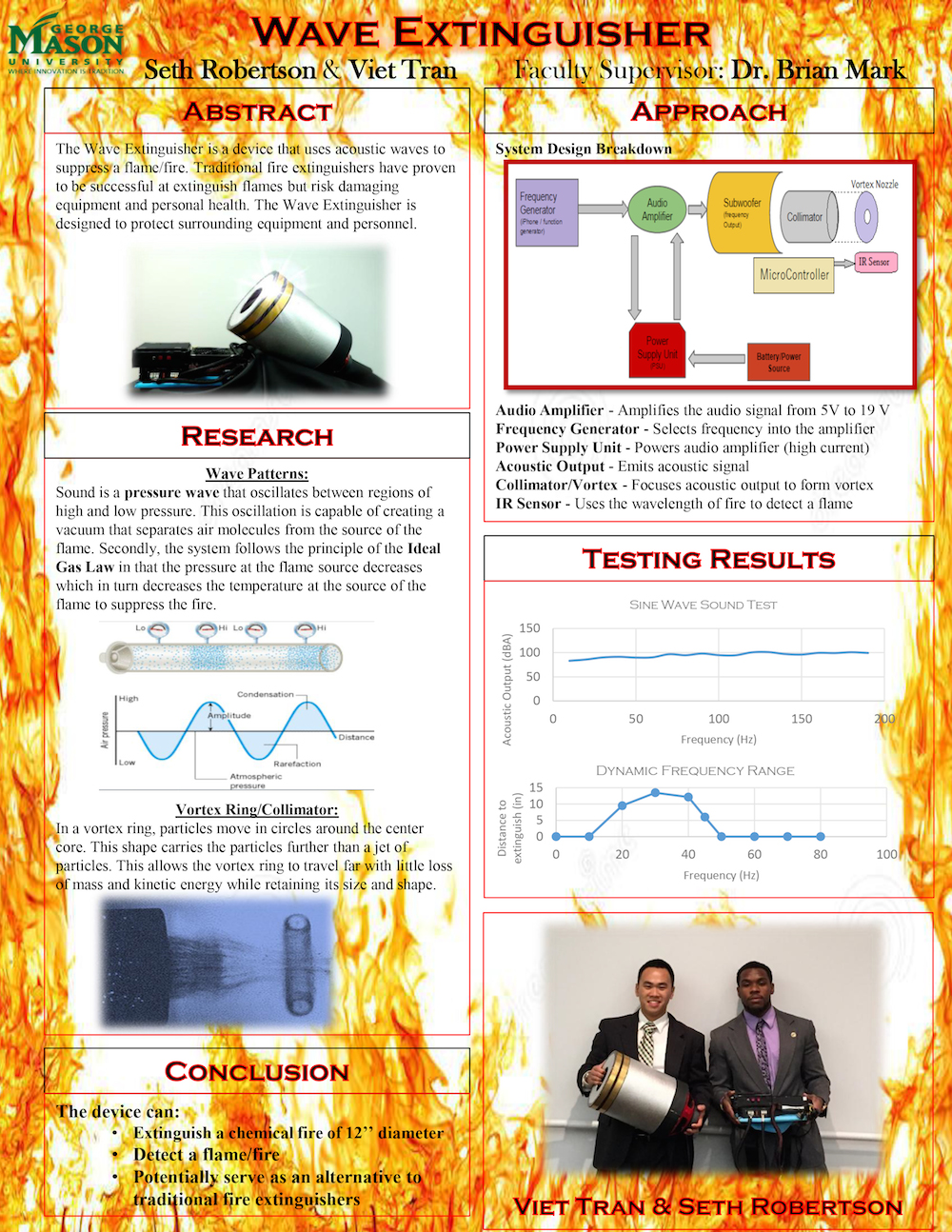 The device is consisted of an amplifier and a cardboard collimator to focus the sound. The duo's final prototype cost them only about $600 to develop the 9 kg device.

Seth Robertson and Viet Tran are still working on the development of the device for it to be effective on a larger scale, for example, to help extinguish forest fires. Even if they initially envisaged their invention to be used on small fires such as grease fires on stovetops, their mechanism has a potential to be combined with many different systems as well. Hopefully, they will find a way to address the issue and will create a great anti-fire system.

Would you like to have such an extinguisher in your kitchen? Should we have it in health institutions?

If you liked this post and with to read similar content, check our site from time to time.

ALSO: Can Sound Actually Kill You?