Two galaxies that collided with each other created one of the coolest cosmic pictures to date. The swirling star formations look eerily similar to a human eye. 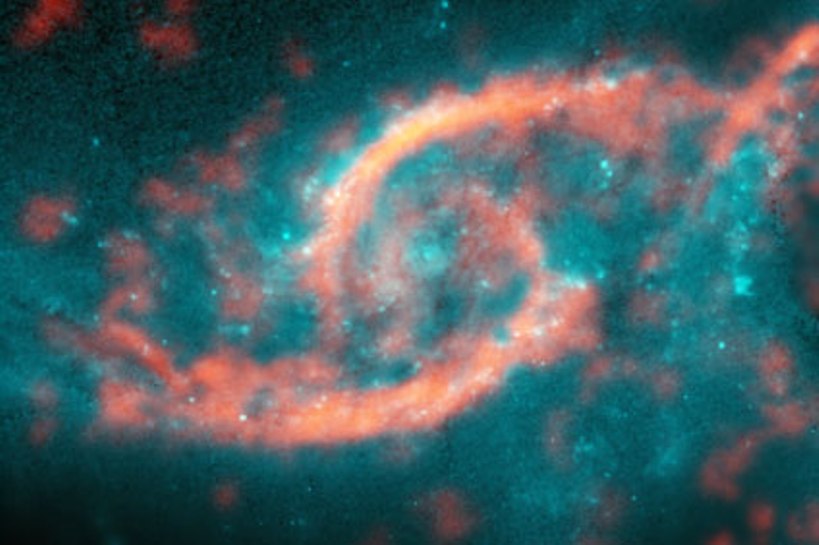 The illusion happened when spiral galaxy IC 2163 "sideswiped" another spiral galaxy called NGC 2207. Researchers note the event is rare to result in such a shape.

"Although galaxy collisions of this type are not uncommon, only a few galaxies with eye-like, or ocular, structures are known to exist," said astronomer Michele Kaufman, who observed the phenomenon while a researcher at Ohio State University.

“Galactic eyelids last only a few tens of millions of years, which is incredibly brief in the lifespan of a galaxy. Finding one in such a newly formed state gives us an exceptional opportunity to study what happens when one galaxy grazes another,” Kaufman said.

The data revealed the gases at the outer portion of IC 2163's "eyelid" raced toward the other galaxy at 100 kilometers a second. However, the gas can also adjust its path to align itself with another galactic rotation. 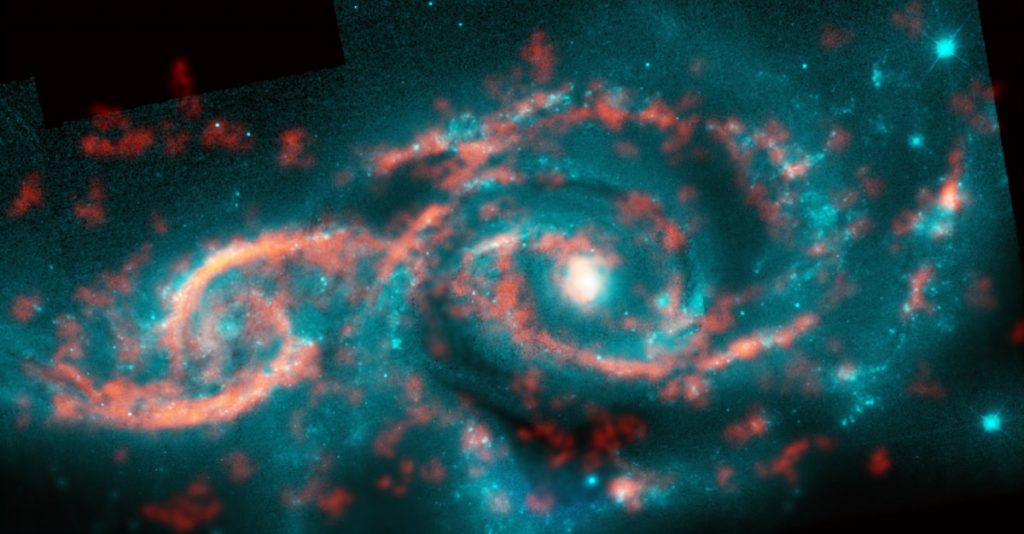 “What we observe in this galaxy is very much like a massive ocean wave barreling toward shore until it interacts with the shallows, causing it to lose momentum and dump all of its water and sand on the beach,” said Bruce Elmegreen, a scientist with IBM’s T.J. Watson Research Center and co-author.

Astronomers think these collisions were common in the early days of the universe. However, the study notes galactic disks were irregular so the process probably prevented other eyes from forming in the sky.