From pizza delivery to relief and rescue operations, drones have been helping us challenge traditional logistics for some time now. In the latest leap, autonomous drones are now being used to deliver laboratory samples between two hospitals in the Swiss city of Lugano near the Italian border. This is an initiative of The Swiss Post, in partnership with a California-based company called Matternet. They are working with two hospitals of the EOC hospital group on the trial.

How the Process Works

These drone deliveries are part of a pilot that started in mid-March; the trial was approved by the Swiss Aviation Authority. The two hospitals where the system is currently in operation have landing pads placed outside their buildings. The drone takes off at one and drops the package delivery at the other, once on the ground. The staff has been trained to load the drone and use an app to send it autonomously (unmanned) to the other hospital. 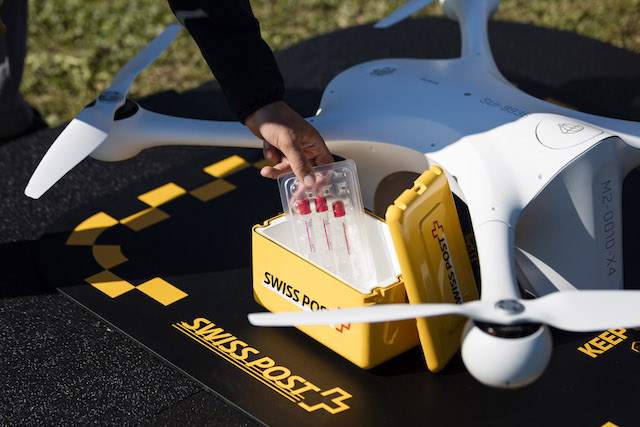 So far the drones have completed 70 flights. They will be put to regular use between the two hospitals by 2018. The drones will primarily be used for delivery of blood samples and other lightweight parcels between hospitals in Lugano. 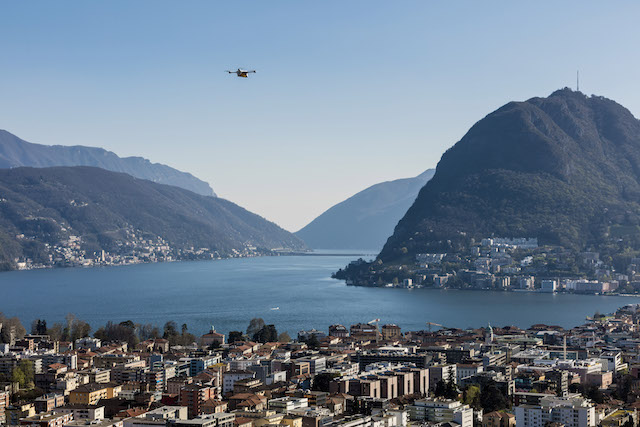 The drones in use are Matternet's M2 logistics system. The product web page describes it as: "Featuring automatic payload and battery exchange capability, intelligent routing and monitoring, precision landing and intuitive command and control. The M2 is designed to address complex challenges in last mile and on-demand logistics."

The drones have a load capacity of up to 2 kilograms, a range of 20 kilometers on a single charge, and a top speed of 36 kilometers per hour (or 22 miles an hour or 10 meters a second). Infrared sensors are used to guide their take-off and landing, and in the event of an emergency, the drones have a built-in parachute to ensure they fall safely to the ground. They are also equipped with encrypted communications technology and a precision landing system. 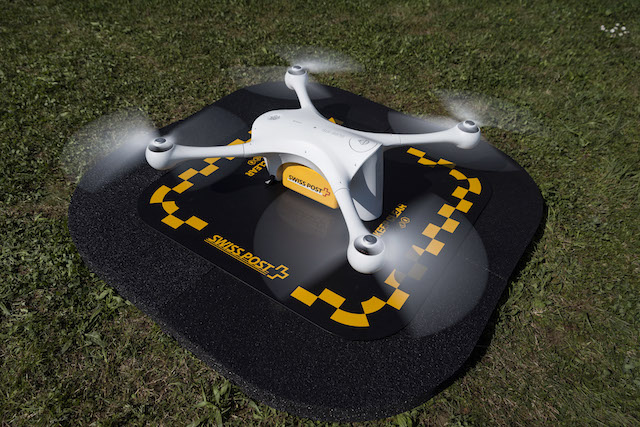 Why This is Path-breaking

Previously, the hospitals transported samples on the road, where traffic would sometimes interfere with urgent testing needs. The option to fly samples between hospitals, without having to commission piloted helicopters or planes, could alleviate delays in testing and therefore patient care. In the future, if this technology can be used to transport medical equipment or even robots to perform surgeries, this could be instrumental towards patience care and even saving lives.

Also, this is the first time that drones are being used for medical delivery in a more densely populated area in the developed world. Previous to this, "Parcelcopters" are being used in Germany for deliveries to areas with poor infrastructure or those affected by natural barriers or conditions that inhibit the use of traditional travel networks. A Matternet competitor, Zipline, introduced in 2016 a system to transport medical supplies to remote hospitals and clinics in Rwanda, in collaboration with the government.

Pfizer, Amazon, and AstraZeneca Team Up To Build Laboratory in Israel