When the United Arab Emirates announced it would plant a colony on Mars by 2117, the world was intrigued. Sheikh Mohammed bin Rashid Al Maktoum remained relatively silent about the details. Several months later, however, the world is finally getting to see how the UAE is preparing to lead the charge to get people to Mars. The news is enough to get Sheikh Mohammed to tweet out these incredible images.

The "Mars 2117" project will develop an Emirati and international team of scientists to push the human exploration of Mars in years to come. pic.twitter.com/5ujxvyC8As

Saeed Al Gergawi serves as program director for the Mars 2117 program. He spoke at this year's Humans to Mars summit in Washington D.C. about the UAE's ventures.

"In the UAE...we believe that we are on the cusp of a new age fo exploration, a new space race that affects literally every human on earth," he said.

We aspire in the coming century to develop science, technology and our youth's passion for knowledge. This project is driven by that vision. pic.twitter.com/4QibJjtiM2

While formal mockups haven't been made public yet, early images show plans for an extensive infrastructure. Al Gergawi noted that he hopes it gets people excited about science and interplanetary exploration -- particularly young people.

"In the UAE, we live in a rough neighborhood," he said. "Our neighborhood has over 100 million youth with over 35 percent unemployment."*

Last year included several leaps forward for the UAE into the space program. At last year's Global Art Form in January, the UAE conducted a panel predicting the country's future in space. The panelists from the space center also discussed the significance of having an Arab nation enter into this new 'space race.' 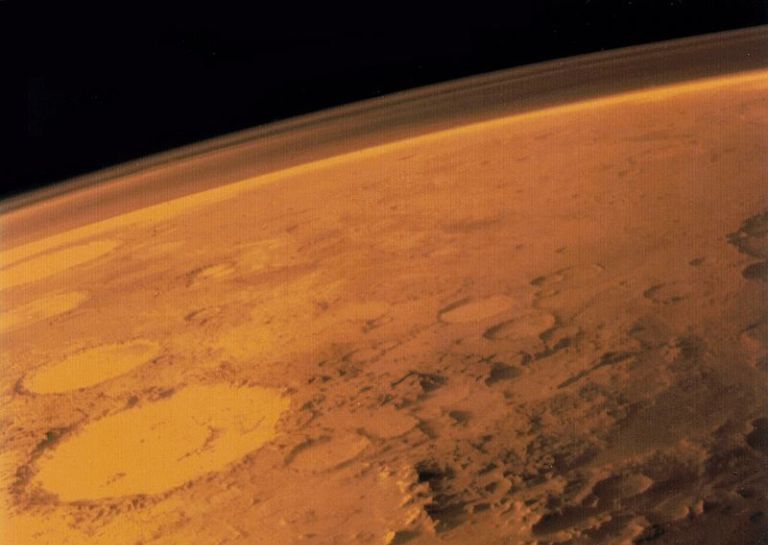 The UAE plans on launching a space probe Al Amal (Hope) to celebrate the country's golden jubilee in 2021. It will mark the first time an Arab state has launched a spacecraft.

A few months later in June 2016, the UAE signed an outer space cooperative agreement with NASA. According to NASA, the agreement is "to cooperate in aeronautics research, and the exploration and use of airspace and outer space for peaceful purposes, working together in the peaceful use of outer space for the benefit of humanity."

UAE Space Agency Chairman Khalifa Al Romaithi met with NASA Administrator Charles Bolden. They discussed the possibility of putting men on Mars. They also noted what that act means on a global scale.

"The United Arab Emirates and the United States of America are long-standing allies and have deep economic, cultural and diplomatic ties,” said Al Romaithi. “We at the UAE Space Agency genuinely welcome the opportunity to collaborate and work with the USA and NASA in the fields of aeronautics, space science, and the peaceful exploration of outer space toward the common goal of fostering the well-being of humankind."

Al Romaithi continued, noting the financial, scientific, and humanitarian benefits that could be discovered by international collaboration:

"The reason why cooperation and collaboration are important to the UAESA is because we believe that working alongside international partners is the best way to accelerate the development of space technologies and the space sector within the UAE. The space sector serves as catalysts for economic development and diversification, creating job opportunities and enabling scientists and engineers to become leaders of an industry that can bring huge benefits to our daily lives."

*This statistic refers to the broader unemployment of the Middle East and not specifically the UAE.

SEE ALSO: Obama Vows to Send Humans to Mars by 2030