In an internal email sent to employees, the head of Uber Advanced Technologies Group said the firm's two different vehicle platforms would now be combined into one team with one objective.

Uber is putting the breaks on its ambitious self-driving truck program, TechCrunch first reported this week quoting an emailed statement from the firm. In the internal memo sent to employees, the company explained that it would instead double down on its self-driving car efforts.

“We’ve decided to stop development on our self-driving truck program and move forward exclusively with cars.”

“We recently took the important step of returning to public roads in Pittsburgh, and as we look to continue that momentum, we believe having our entire team’s energy and expertise focused on this effort is the best path forward.”

One team with one objective

Meyhofer went on to explain that he wanted to bring together the two groups currently working on different vehicle platforms into one team with "one clear objective." Meyhofer praised the Trucks team's achievements but made it clear the division would be shut down for now.

“I know we’re all super proud of what the Trucks team has accomplished, and we continue to see the incredible promise of self-driving technology applied to moving freight across the country. But we believe delivering on self-driving for passenger applications first, and then bringing it to freight applications down the line, is the best path forward," the executive further said.

Employees for Uber’s San Francisco-based Trucks team will be reassigned to self-driving car-related positions or offered relocation assignments in the firm's Pittsburg-based car division. However, the company will maintain its relationships with truck manufacturers to explore the possibility of returning to self-driving trucks once the technology has been perfected on cars.

Uber's autonomous truck program was particularly short lived. It first made its appearance only in May of 2016 through a partnership with self-driving firm Otto.

Our team is working hard to bring safer self-driving technology to the road. Watch our trucks on the hwy in action: https://t.co/CipfPJslvk

The division boasted some ambitious goals concerning the future of trucking. "We envision a future where truck drivers and self-driving trucks work together to move freight around the country," read Uber's Medium post.

Check out our post "The Future of Trucking" on our new official Uber ATG Medium page. We'll be sharing more in the coming months and we hope you'll follow along. https://t.co/PC7QO7012b

However, Uber's autonomous trucking dream was ill received. The International Brotherhood of Teamsters union expressed strong concerns relating both to the program's safety and its risk in causing job losses. 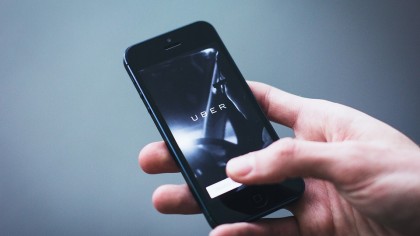 The union has continued to be vocal regarding its issues with self-driving technology and just last March released a scathing blog targeting Uber after the firm's tragic fatal driverless crash in Arizona. "Driverless technology is still in a testing phase and there are enormous risks inherent to testing unproven technologies on public roads," read the blog.

With recent autonomous accidents mounting and public outcry increasing, Uber may very well be right in seeking to optimize its self-driving technology before moving on to bigger projects.

What Will Happen to Concept Cars After COVID-19?