Uber's second annual "Elevate Summit" will take place in Los Angeles on May 8 and 9. LA is one of the cities where Uber plans to launch a pilot project for flying cars.

Uber announced that it will host a special conference dedicated to flying cars, in a special website for the event.

Uber's second annual "Elevate Summit" will take place in Los Angeles. This is one of the cities where the company hopes to launch a pilot project for flying cars in the next few years.

The event, which can be attended by invitation only, will feature "announcements and demonstrations," that have not been specified, and Uber execs will discuss "what's coming next for Uber Elevate".

The event also shows that Uber’s ambitions for the futuristic vehicles have not been dampened by the new management and investors who now control the company.

Uber's website for the upcoming event also listed numerous recent Uber hires, who have been recruited from NASA and academia, as scheduled speakers.

Companies such as Boeing, Airbus and Kitty Hawk, a startup backed by Google founder Larry Page, have been rushing to develop the technology for flying cars, making the subject of science-fiction get closer to reality. 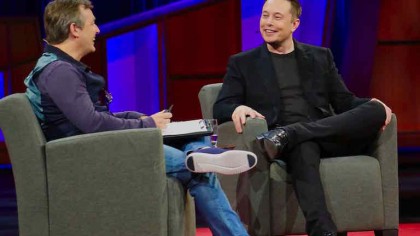 Uber is known globally for its app that allows people to book rides-on-demand. In the last few years, the company has been talking about the promise of Vertical Take-Off and Landing (VTOL) aircraft which are flying vehicles capable of launching without a runway.

These have sometimes been referred to as flying cars, for transportation in urban areas. The company's head of product Jeff Holden shared a number of details about the "Uber Elevate" project in November 2017.

The company hopes to launch tests in Los Angeles, Dallas-Fort Worth and Dubai by 2020. Customers will be able to book seats on an aircraft via the app, similar to a regular taxi, then be able to catch it from a rooftop skyport.

Uber has been for years investing in futuristic technology including self-driving cars and flying cars under the leadership of Travis Kalanick, the former CEO, and co-founder.

After a stormy year at the company, Kalanick was replaced as CEO by Dara Khosrowshahi in August.

Uber seems to be charging ahead with its plans for flying cars despite the management change. Uber remains one of the world's dominant ride-hailing services.

Uber Elevate Summit will take place on May 8 and 9

The Elevate event will take place at LA's Skirball Center on May 8 and 9 and subjects to be discussed include "Moving Cities," "Airspace & Enabling Operations," and "Vehicles, Batteries and Key Technologies."

The speakers at the summit are at the moment exclusively Uber employees, including Holden and CEO Dara Khosrowshahi.

There are also a number of recent hires from elsewhere in the industry, including Celina Mikolajczak, director of engineering, energy storage solutions. She was at Tesla previously and joined Uber in January 2018.

Other speakers include Rob McDonald, head of aircraft engineering and Thomas Prevot, director of airspace systems. McDonald was formerly at California Polytechnic State University and joined in January 2018. Prevot joined Uber in July 2017 and was formerly at NASA.

Dutch Flying Car Gets Approval to Hit the Road