Uber is on the verge of doing a deal with Softbank and Toyota that will boost its self-driving car division.

Uber is expected to announce an IPO this summer. Reuters has reported that Toyota will also be in on the deal forming a consortium between the three high-profile companies. Last year the Japanese car-maker invested $500 million into Uber in an effort to claw its way into the self-driving vehicle market.

Uber is seen to be lagging behind close-rivals Waymo. Uber is also dealing with the lingering effects of its recent workplace sexual harassment allegations in addition to ongoing poor workplace practices it imposes on its drivers.

Toyota had previously invested in Honda’s self-driving research branch. Uber which lost 3.3 billion dollars last year wants to be able to transition its service to autonomous cars so that it can eliminate paying drivers. 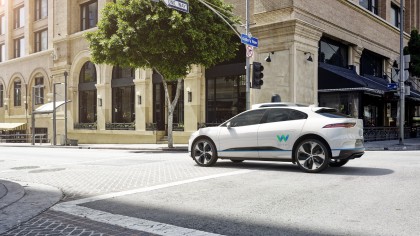 An autonomous test car hit and killed a pedestrian in Arizona last year, despite there being a human supervisor. Last week local prosecutors announced they would not be pushing charges.

Waymo has also been testing aggressively in Arizona, one of the few U.S states to allow self-driving cars to drive on public roads. But the move has not been popular with locals who have reportedly been attacking the cars and vans.

According to AzCentral, on August 1, 2018, Waymo test driver Michael Palos was moving through the neighborhood of Chandler, Phoenix when he saw a man pointing a handgun at him.

In other instances, rocks have been thrown, and tires slashed. According to Waymo supervising drivers, the company rarely presses charges for such attacks as it tries to curry favor in the local community. A recent report showed that one of the biggest barriers for autonomous vehicles is distrust from the public.

Phil Simon, an information systems lecturer at Arizona State University suggests that it is difficult for many working class and middle-income families in the Waymo testing area to celebrate huge technological breakthroughs when their own wages have fallen or stagnated.

The technology is also increasing at rapid rates and information about the cars hasn’t been spread well by Waymo or local authorities.

Fear of robots behind attacks

Many people in the neighborhood consider the cars a threat and don’t like the increased numbers of self-driving vehicles without being adequately informed. Others see the rise of autonomous cars synonymous with a rise in automation more generally.

Working class Americans fear their jobs may be taken over by automation or robots. Self-driving cars are the very public face of this change.