Months after one of their cars killed a pedestrian, Uber is trying its self-driving vehicle yet again but adding more human observation to the cars.

After being pulled for several high-profile controversies and related deaths, Uber's autonomous cars are coming back to roadways. Eric Meyhofer, Head of Uber's Advanced Technologies Group, announced in a recent Medium piece that its self-driving cars would return just four months after a fatal accident caused Uber to stop testing.

"After the tragedy in Tempe, we launched a top-to-bottom review of our self-driving program with a focus on safety. Today, we are taking a first step towards bringing our self-driving vehicles back to public roadways in Pittsburgh," he wrote. 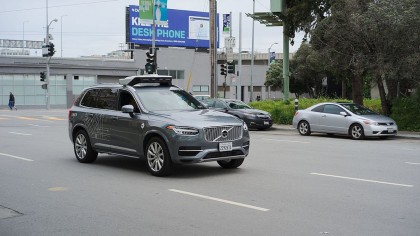 Uber is implementing what's called a Mission Specialist behidn the wheel at all times. However, from Uber's description, the "Mission Specialist" position just sounds an awful lot like any other Uber driver. The only difference is that this driver is behind the wheel of a car capable of being put into an autonomous mode. Meyhofer explained:

The company assured readers that they've done more than ensuring a human in the car pays attention to their surroundings. They've also added real-time driver monitoring to all self-driving vehicles that will send an audio alert ot an unattentive Mission Specialist as well as another person monitoring the vehicle's performance. They added new collision avoidance systems that will remain enabled even when the car is in manual drive mode. Uber's autonomous cars will also have a front tablet for turn-by-turn navigation with a reconfigured look to make sure it doesn't distract anyone in the vehicle while the vehicle is in motion.

"Self-driving technology has the potential to change how we move, reinvent how we design cities, and save lives. We recognize our responsibility to contribute to this future, and the essential role that safety plays as we move forward," Meyhofer wrote.

One element of Uber's update seems to be in direct response to the events at Tempe -- the driver tracking and alert system. While investigating the Tempe death, officials determined that operator Rafaela Vasquez looked down at her phone 204 times in order to watch television during a 43-minute test drive. The drive ended when Vasquez killed Elaine Herzberg after she stepped in from of the vehicle. The police determined Vasquez had enough time to avoid Herzberg had her eyes been on the road.