Although the sun emits over 50 percent of its light as ‘near-infrared’ light, solar cells can only absorb visible light, which means that solar panels only really get to about 20 percent efficiency. However, a team of chemists at the University of California Riverside have now found a way to increase solar panel efficiency by combining inorganic semiconductor nanocrystals with organic molecules, thereby successfully ‘upconverting’ photons in the visible and near-infrared regions of the solar spectrum. The thinking behind the research is that solar energy could be even cheaper if the amount of land required to deploy solar panels, as well as the labor costs involved in construction, can be reduced.

“The infrared region of the solar spectrum passes right through the photovoltaic materials that make up today’s solar cells” said Professor of Chemistry, Christopher Bardeen who conducted the project in collaboration with Assistant Professor of Chemistry Ming Lee Tang. “This is energy lost, no matter how good your solar cell.  The hybrid material we have come up with first captures two infrared photons that would normally pass right through a solar cell without being converted to electricity, then adds their energies together to make one higher energy photon.  This upconverted photon is readily absorbed by photovoltaic cells, generating electricity from light that normally would be wasted.” 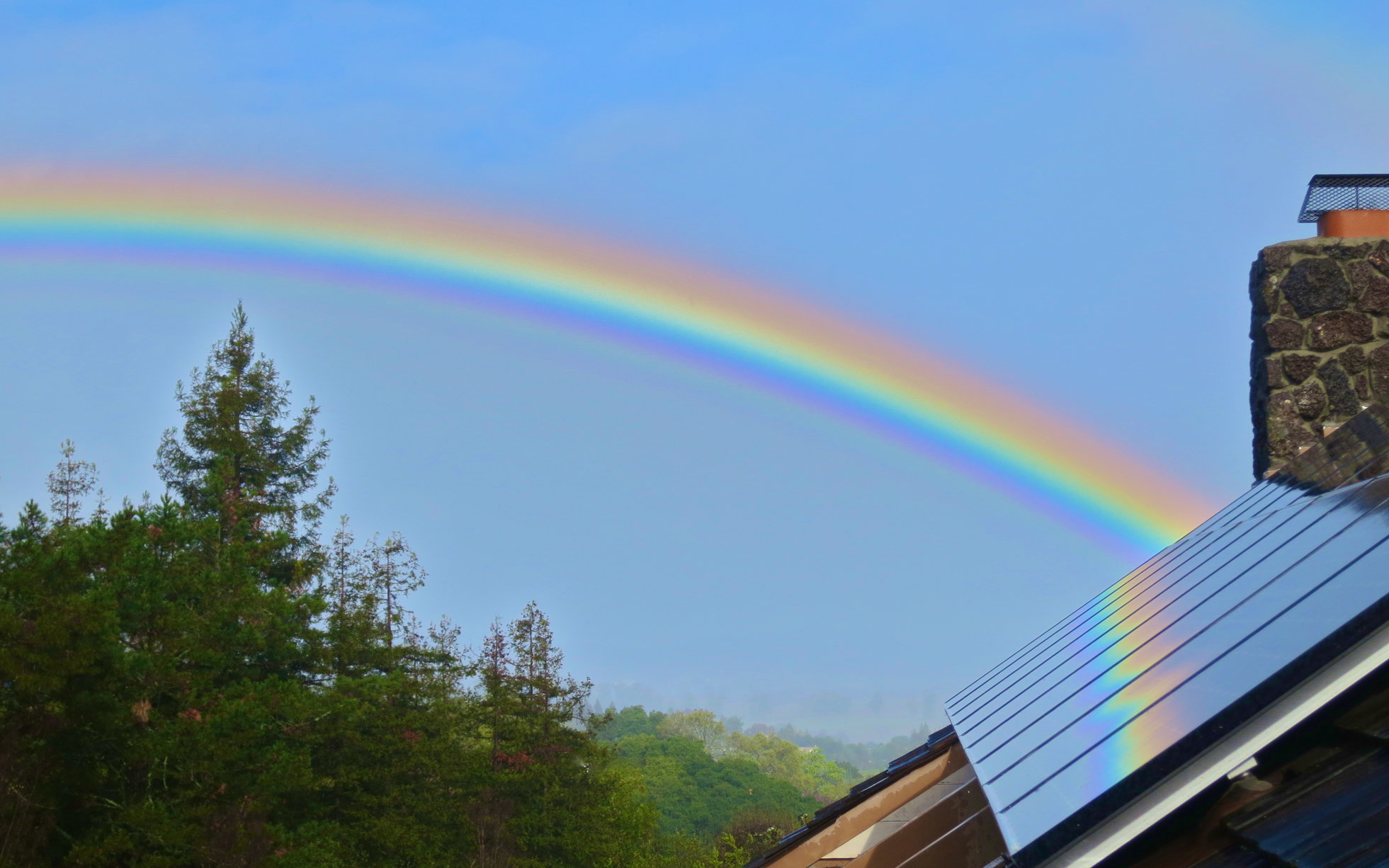 Professor Bardeen added that the materials essentially ‘reshape the solar spectrum’ so that it more closely matches the PV materials used in solar cells. Utilisation of the infrared portion of the solar spectrum could increase solar PV efficiencies by 30 percent or more. Bardeen and Tang used cadmium selenide and lead selenide semiconductor nanocrystals and diphenylanthracene and rubrene organic compounds. The two scientists found that the cadmium selenide nanocrystals could convert visible wavelengths to ultraviolet photons, while the lead selenide nanocrystals could convert near-infrafred photons to visible photons.

The resulting hybrid material was subjected to 980-nanometer infrared light which then generated upconverted orange/yellow fluorescent 550-nanometer light, almost doubling the energy of the incoming photons. Coating the cadmium selenide nanocrystals with organic ligands enabled Bardeen and Tang to boost the process by up to three orders of magnitude, thereby enabling a route to higher efficiencies.

According to Bardeen, the 550-nanometer light can be absorbed by any solar cell material, the key to this being the hybrid composite material.

The project also lends itself to other potential applications, including biological imaging, data storage and organic light-emitting diodes. Bardeen states that the ability to move light from one wavelength to another, more useful, region can impact any technology that involves photons as inputs or outputs.

The study has been published in Nano Letters and was funded by grants from the National Science Foundation and the US Army.