Church spires in rural parts of the UK may be fitted with satellite dishes and wireless transmitters that will help boost broadband and mobile coverage.

The UK government and the Church of England are reportedly in discussion about using church spires to boost mobile and broadband coverage in rural areas. The UK Government has promised to vastly improve mobile connectivity across more remote areas of the UK by 2022, and the church spires could be a fast and cheap way to get it.

Matthew Howett, principal analyst at research firm Assembly says the proposed idea could work, “Getting access to suitable sites, particularly in rural areas, has been a real challenge for mobile operators, so any initiative aimed at improving this will be welcomed by the industry." 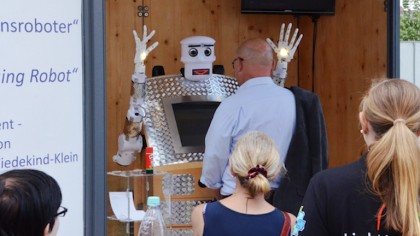 Building towers in rural areas has at times been very difficult as landowners have resisted the intrusion from telecommunications companies. This lack of access has meant some areas have been played by unreliable and expensive networks.

"There have been many stories of rural landowners effectively holding operators to ransom for access to some sites, which has slowed down rollout and added considerably to the cost,” added Howett.

Churches are well located in rural centers to provide a high place for the equipment needed to boost connectivity. While the details of the proposed deal are unclear, the government has suggested relationships would be established between individual churches and telecom companies.

Secretary of State Matt Hancock said: "Churches are central features and valued assets for local communities up and down the country. This agreement with the Church of England will mean that even a 15th Century building can help make Britain fit for the future, improving people's lives by boosting connectivity in some of our hardest-to-reach areas."

The church sees the spire usage as a way they can assist remote communities' members suffering from isolation. The Bishop of Chelmsford, the Right Reverend Stephen Cottrell, said: "Encouraging churches to improve connectivity will help tackle two of the biggest issues rural areas face - isolation and sustainability.”

There are already approximately 120 examples of Church of England churches assisting to boost broadband and wireless connectivity. "Our work has significantly improved rural access to high-speed broadband,” Cottrell claims.

The church spires host a variety of different equipment that helps boost connectivity such as the addition of wireless transmitters, satellite dishes, and cables. The Dioceses of Norwich and Chelmsford have reportedly signed an agreement with leading telecom companies that last for at least five years.

The scheme may be a great way for churches to raise funds to maintain and renovate their own aging infrastructure. Income from the deal is a possibility, “the potential for other mutually beneficial terms, to be agreed, such as sharing the cost of maintaining a church tower or spire on which equipment may be mounted,” the accord says. There are over 10,000 Anglican churches in England.

5G Will Forever Change the Way We Interact with Technology