UK Government Approves the Use of Medical Cannabis with a Prescription

Marijuana-related products clearly defined as medicinal will now be classified in Schedule 2 of the Misuse of Drugs Regulations 2001, allowing clinicians to prescribe them to patients.

Northern Ireland’s Department of Health came under attack this month after 12-year old boy Billy Caldwell was placed under hospital arrest due to complications getting the medical marijuana that helped with his epileptic seizures.

The story resulted in the boy's family being granted an emergency license for the normally illicit substance.

The move prompted the UK to look further into the use of the plant for therapeutic purposes. "Recent cases involving sick children made it clear to me that our position on cannabis-related medicinal products was not satisfactory," said Home Secretary Sajid Javid.

A review is launched

On June 19, the Home Office, the UK's government department for drugs policy, launched a review and a panel to investigate license applications for marijuana-related use in cases of exceptional circumstances. Today, the office announced that medicinal cannabis products would be approved on prescription.

Cannabis-derived medicinal products to be made available on prescription: https://t.co/lsgEyuIiai pic.twitter.com/d12DaZyyzI

Previously, Cannabis was classed in the UK as a Schedule 1 drug. The substance was believed to have no therapeutic value and a high potential for abuse and was only legal for research purposes with a Home Office license.

Then, the Advisory Council on the Misuse of Drugs (ACMD) further evaluated the appropriate schedule for cannabis-derived medicinal products. The ACMD agreed with the conclusion of Davies and recommended that products clearly defined as medicinal should be placed in Schedule 2 of the Misuse of Drugs Regulations 2001, allowing them to be prescribed by clinicians.

"Following advice from two sets of independent advisers, I have taken the decision to reschedule cannabis-derived medicinal products – meaning they will be available on prescription," said Javid. "This will help patients with an exceptional clinical need, but is in no way a first step to the legalisation of cannabis for recreational use."

Making medicinal cannabis available on prescription will benefit the lives of ill patients currently suffering in silence. There is nothing harder than seeing your loved ones in pain – which is why I have taken this decision https://t.co/ZFmGgWdJgE

In fact, the government's statement made it clear that consequences for the unauthorized supply and possession of marijuana would remain just as severe as before. 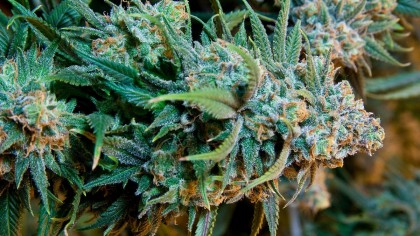 The Department of Health and Social Care (DHSC) and the Medicines and Healthcare Products Regulatory Authority (MHRA) are now tasked with the responsibility of developing a clear definition of what constitutes a cannabis-derived medicinal product.

Once completed, these guidelines will ensure that only the products strictly abiding by the new definitions will be rescheduled while other forms of cannabis will continue to be controlled. In addition, further measures will be taken by the ACMD, DHSC and the Home Office to ensure that the new medicinal products can be prescribed securely but cannot be traded illegally.

Australia Will Get Nuclear Submarines With US and UK's Help

An Advanced UK Observatory Is Shooting Satellites With Lasers

The US Government Just Launched a Probe Into Tesla's Autopilot System