A mathematics professor took to Twitter to pose a puzzle to his followers. Math lovers from everywhere united to step up to the challenge.

UK mathematician and self-proclaimed “math bloke” Ed Southall took to Twitter on Monday to tease his followers with a tricky math problem. The post resulted in some entertaining banter and some interesting replies.

The post featured a square separated in different geometrical shapes, one of which was in pink. Southall asked his followers to find which fraction was shaded.

What fraction is shaded? pic.twitter.com/f4kAjoX4C7

The internet, it seems, is rife with math geniuses who were quick to post their answers. The posters included their methods for arriving to the conclusion and debated amongst each other.

Some even offered compliments to other posters for better solutions. “That is much more direct” wrote one impressed follower.

That is much more direct!

Others joked with Southall. Math and Physic PhD student Derek Orr stated that the shaded region was obviously the pink one.

That pink shaded region is

This reply garnered a response by Southall who tweeted a series of emojis to express his amusement. It was math humor at its best.

The puzzle was even retweeted by Huddersfield University where Southall teaches. The institution seemed excited to see that their professor's post had gone "viral."

#Huddersfield PGCE academic and #mathematician Ed Southall writes #maths puzzles for maths enthusiasts and #teachers. This one has gone viral! Can you solve it? #mathschallenge https://t.co/5jSWa5hv0P

A local radio station even got in on the fun. Eagle Radio, that serves Surrey and Hampshire, posted the puzzle on their twitter account.

As discussed in #Trending this morning on #PGBS ...any ideas? ? https://t.co/lBgBGg1Kgz

The post even made it to the Daily Mail, much to the dismay of some math enthusiasts. Mathematics teacher Simon Cox lamented the newpaper's coverage. 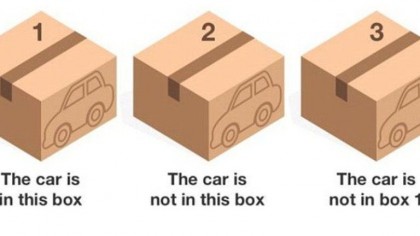 This Tricky Logic Puzzle is Stumping the Masses

In the end, Southall most likely got more than one correct answer. The mathematics professor is known for his puzzles that have garnered him a large following on his Twitter account appropriately called "solvemymaths."

The professor has also released a book of geometry and math problems called Geometry Snacks. The book is meant to be a teaching tool "designed to challenge, confuse and ultimately enlighten enthusiasts of all ages."