Researchers from Stanford have used ultrasound to release drugs into specific areas of a rats brain.

The non-invasive method allows the delivery of drugs to within a few millimeters of a desired point in the brain. So far scientists have successfully used focused ultrasound beams to ‘jiggle’ the drug molecules out of nanoparticle cages that were injected into the bloodstream of rats.

A journal article published by the research group describes how the pharmacologically active amounts of a fast-acting drug could be released from the nanoparticle cages by using a beam of focused ultrasound. The drugs had immediate effect reducing the neural activity of the rat's brains, but this reduction only occurred while the ultrasound device was active and only where the ultrasound intensity exceeded a certain threshold. 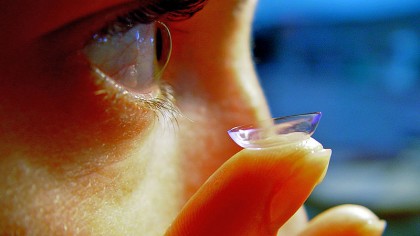 The scientists believe that by modifying the strength and duration of the beam, the neural reduction could be fine-tuned. “This important work establishes that ultrasonic drug uncaging appears to have the required precision to tune the brain’s activity via targeted drug application,” said Karl Deisseroth, MD, Ph.D., a Stanford professor of bioengineering and of psychiatry, who wasn’t involved in the study.

“The powerful new technique could be used to test optogenetically inspired ideas, derived initially from rodent studies, in large animals — and perhaps soon in clinical trials.” The researchers believe that with additional work the new methods could move quickly into clinical application.

“While this study was done in rats, each component of our nanoparticle complex has been approved for at least investigational human use by the Food and Drug Administration, and focused ultrasound is commonly employed in clinical procedures at Stanford,” Deisseroth continued. “So, we’re optimistic about this procedure’s translational potential.”

Ultrasound is a commonly used medical procedure used at low intensities for imaging body tissues. It can also be used with high-intensity to deliberately destroy tissue a process known as ablation. In this current study, the researchers say “we turned down the dials.”

The research will continue towards human use

The rats used in the clinical trials showed no evidence of tissue damage from the procedure. The researchers are excited about the possibilities of the treatment. “We hope to use this technology to noninvasively predict the results of excising or inactivating a particular small volume of brain tissue in patients slated for neurosurgery,” said Raag Airan, lead author of the paper.

“Will deactivating or removing that small piece of tissue achieve the desired effect — for example, stopping epileptic seizure activity? Will it cause any unexpected side effects?” The group's research was published online on November 7 in Neuron.