A team of researchers from Nautilus has just discovered an odd purple orb attached to a rock deep in the ocean. The research ship is currently off of the coast of California, where they live broadcast their undersea dives with the ROV. According to Gizmodo, they are currently investigating one of the most tectonically active areas of ocean in the world. The purple orb the team discovered was just a few inches in diameter and looked rather alien-like. Using the ROV, the team collected to blob, but it will take several years to analyze it. You can see the video below.

It seems a little bit like the beginning of an alien movie. A purple amorphous blob is collected from the deep depths of the ocean by curious researchers only to be the egg of an alien lifeform. That will be our headline when that happens. 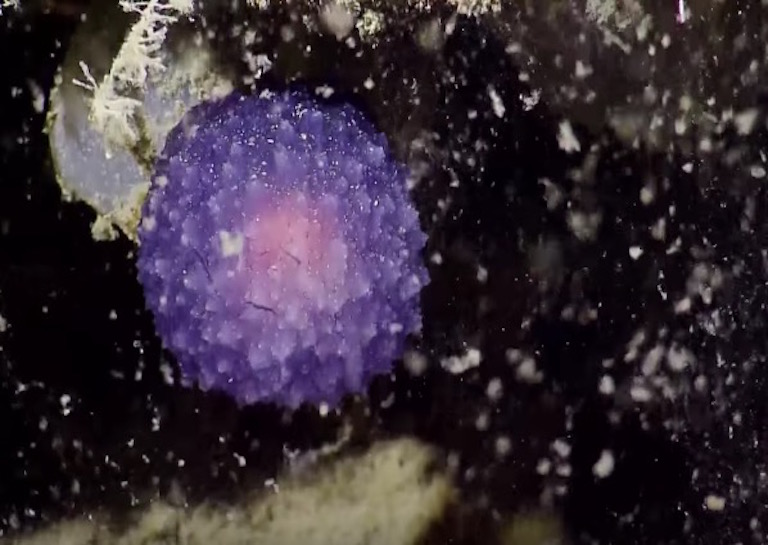 This is what Nautilus had to say about the discovery:

"This unidentified purple orb stumped our scientists onboard. After sampling, it began to unfold to reveal two distinct lobes. This could possibly be a new species of nudibranch."

Nudibranchs are a type of marine mollusks that shed their shells while in the larvae stage. We will have to wait and see what this mysterious purple blob is. Only time will tell.