Proposed by Bertrand Russell in the early 1900s, the infamous barber paradox still puzzles us today.

Logical paradoxes are some of the most infuriating and frustrating problems that we can try to solve. As humans, we always want to find an answer and we naturally assume that an answer must exist. In the case of Bertrand Russell’s Barber Paradox, a solution does exist, but it becomes even less obvious than other statements like it.

The video below presents an animated version of the paradox and will give you some time to solve it before you learn the solution.

Proposed by Bertrand Russell in the early 1900s, the barber paradox introduces a town where every single resident must be clean-shaven. There exists a barber in this town who only shaves residents who do not shave themselves. These statements may seem simple at first, but a paradoxical proposition arises: who shaves the barber?

The ground rules of the paradox are as follows:

1.The barber is one who shaves all those, and those only, who do not shave themselves.

2.Everyone in the town must be clean-shaven

Some additional assumptions are:

2.The barber needs to be shaved

3.The townspeople can only shave themselves, no one else.

If the barber shaves his own face, then he shaves someone who also shaves themselves. This breaks the initial rule that the barber can only shave people who do not shave themselves. However, if the barber does not shave himself, then he breaks the second rule stating that everyone in the town must be clean-shaven. It should also be noted that the paradox does assume everyone is male.

The question then remains, who shaves the barber?

Despite the paradox’s popularity, it is actually not a paradox in a pure sense of the word. A man who shaves exactly those men that don’t shave themselves cannot exist by definition, and consequentially there is no reason to expect otherwise. Understanding this assumption provides an answer to this paradox and gives the source as to why it is so infuriating: there’s no answer, it’s impossible. 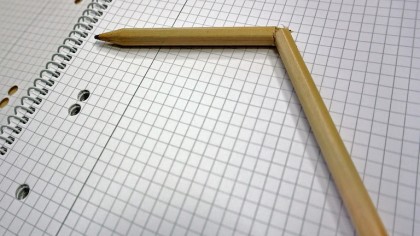 The answer to the barber paradox is just that, the statements themselves are false. Bertrand Russell created the paradox to examine our understanding of classes and groups in logical theory. In the end, he stated that in its original form, the Barber paradox “is just noise without meaning.” In this, his intention shines through, to create logical noise that appears paradoxical but is simply impossible.

Now that you understand the answer, try sharing this with your friends and proving your logical superiority in solving the unsolvable paradox.

Via: Short Sleeve and Tie Club