A small underwater robot has been developed by Toshiba to roam through the submerged Unit 3 primary containment vessel of the Fukushima Daiichi Nuclear Power Station. The deployment of the Toshiba ROV will greatly help in the decommissioning process of the Fukushima plant. 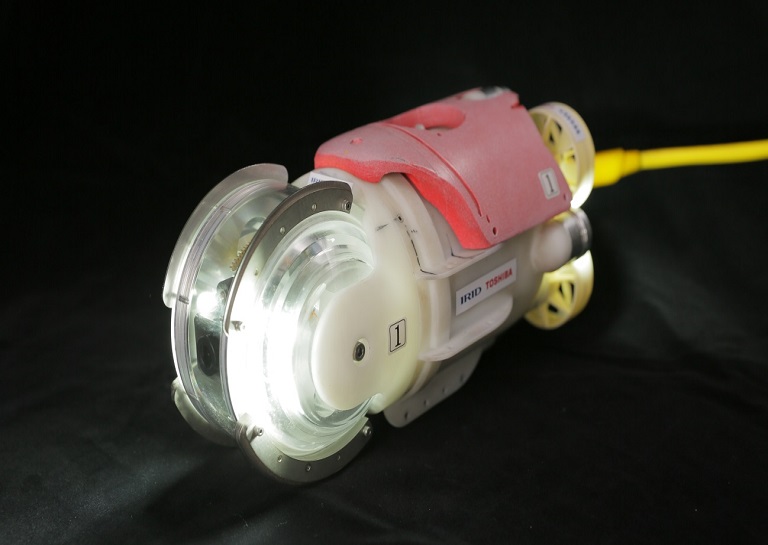 The Japanese multinational conglomerate, along with the International Research Institute for Nuclear Decommissioning (IRID), has jointly developed a submersible robot or an underwater Remotely Controlled Vehicle (ROV). The Toshiba ROV is designed to be small enough to fit through the penetration hole access on the primary containment vessel (PCV) of the Fukushima Daiichi Nuclear Power Station Unit 3. The access opening of the PCV is only 14 cm, which limits the size of any robots that can be sent through to judge the condition inside. The newly developed Toshiba ROV is only 13 cm in diameter and 30 cm in length, which is small and resilient enough to investigate the damaged PCV.

It's been 6 years since the tragic Fukushima Daiichi nuclear disaster and even up to this day, the inside of the reactor 3 remains unseen. "Until today, no one has seen the situation inside reactor 3. If we can observe the situation inside the reactor, that would be a huge leap in our ongoing effort to extract the debris", said Tsutomu Takeuchi, Toshiba's senior manager for the Fukushima Restoration and Fuel Cycle Project Engineering Department.

Back on October 20, 2015, the Tokyo Electric Power Company conducted a survey on the PCV of Unit 3 and discovered that it was flooded with coolant at a depth of approximately 6 meters. By gaining access inside the PCV and mapping the fuel and debris submerged in the coolant, the IRID and Fukushima authorities will be able to determine the correct and advanced approach to clean up the plant.

The Toshiba ROV is a radiation-hardened robot equipped with front and rear-facing video cameras and LED lights. It's outfitted with four rear thrusters and one front thruster to allow it to propel underwater. The small robot is expected to deliver video feed that would shed light on what is inside the PCV and gather information on how to fully retrieve fuel debris. The Toshiba ROV robot is powered using a wire, which also gives access to operators to remotely control its progress whilst submerged in the coolant. 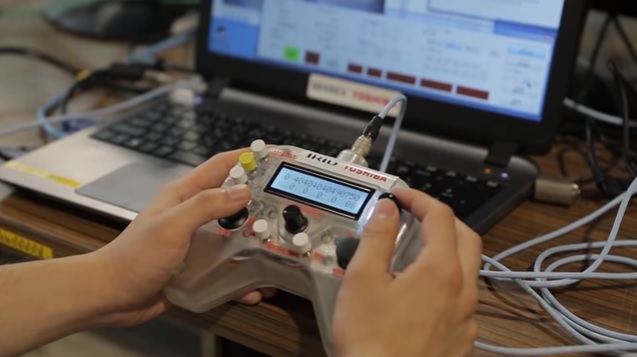 General Manager of Toshiba’s Nuclear Energy Systems & Services Division, Goro Yanase, shared his expectations from the small underwater robot. "We have already developed remotely operated robots for inspections at Fukushima. In this case, we had to meet the specific challenges of limited access and flooding, in a highly radioactive environment. Working with IRID, we succeeded in developing a small robot with high-level radiation resistance, and through its deployment, we expect to get information that will support the advance of decommissioning".

Technological developments are continuously emerging to aid the decommissioning process of the Fukushima plant. “Manufacturers and utilities have used a number of robots at Fukushima Daiichi Nuclear Power Station to inspect the distribution of fuel debris", said Hirohisha Kuwabara, General Manager of the R&D Strategy Planning Department of IRID. "IRID and Toshiba developed a small robot reminiscent of a scorpion to inspect the interior of the Unit 2 PCV in February this year. We will continue to develop technologies that contribute to the decommissioning of the plant".

The Toshiba ROV will be deployed this summer to investigate the interior of Unit 3's PCV, following training of operators.