A team from Switzerland's University of Basel just reached a unique physical state that Einstein himself called "spooky."

Researchers are trying to further investigate one of the most interesting properties of physics: quantum entanglement. Only a handful of researchers have tapped into a better understanding of the "spooky action" which fascinated Einstein.

One of those teams includes physicists from the University of Basel. The physicists recently observed a quantum mechanical Einstein-Podolsky-Rosen (EPR) paradox in a system of several hundred interacting atoms for the very first time.

In 1935, Albert Einstein, Boris Podolsky, and Nathan Rosen published a collaborative paper that showed that it could be possible to predict the measurements of particles' positions and momentums in particular situations.

For this particular experiment, physicists led by Professor Philipp Treutlein of the Department of Physics at the Unviersity of Basel observed the EPR paradox of several hundred interacting atoms for the very first time. The team used lasers to cool the atoms to a few billionths of a degree above absolute zero. They needed to cool the temperatures that low to reach the Bose-Einstein condensate. This unique state of matter predicted by Einstein in a 1925 paper remains one of the most fascinating physics elements for exploring further concepts.

Once the Bose-Einstein condensate had been reached, researchers took measurements of the atoms' spins in separate parts of the condensate. They then used high-resolution imaging to measure the spin correlations between regions. They did this while simultaneously localizing the atoms in defined positions.

"Seeing these phenomena on macroscopic scales in many-particle systems is an important step in this framework, in a field trying to control quantum behavior on larger scales and use them in technology and eventually everyday objects," Treutlein, who also served as one of the papers’ authors from the Swiss university, told Gizmodo. 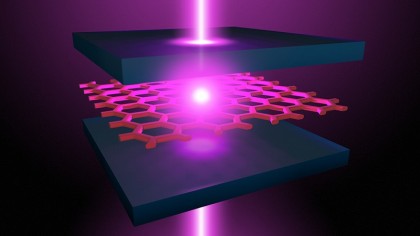 "The three papers used systems of different sizes, demonstrated different types of entanglement, and used different entanglement-detection techniques,” Daniel Cavalcanti at the Institute of Photonic Sciences in Barcelona, Spain said in an interview with Gizmodo. "I believe that this could open up a variety of new experiments exploiting these systems for applications in quantum information and sensing, as well as more foundational questions."

Those questions could include things like where things stop behaving classical and start behaving quantum, for example.

"The results of the measurements in the two regions were so strongly correlated that they allowed us to demonstrate the EPR paradox," said PhD student Matteo Fadel, lead author of the study. "It's fascinating to observe such a fundamental phenomenon of quantum physics in ever larger systems. At the same time, our experiments establish a link between two of Einstein's most important works."

While the research has physicists around the globe exicted for the groundbreaking results, the applications of their findings aren't quite as developed.

What Sonic Black Holes Can Teach Us About the Information Paradox