For people living with illnesses, constantly tracking vitals, glucose levels and other bodily chemicals can be crucial. One team of researchers developed a universal biosensor to aid in these processes. The biosensor monitors a variety of chemicals in the bloodstream in real-time. It can even be used for tracking certain chemicals relating to life-threatening conditions such as cancer or thrombosis. 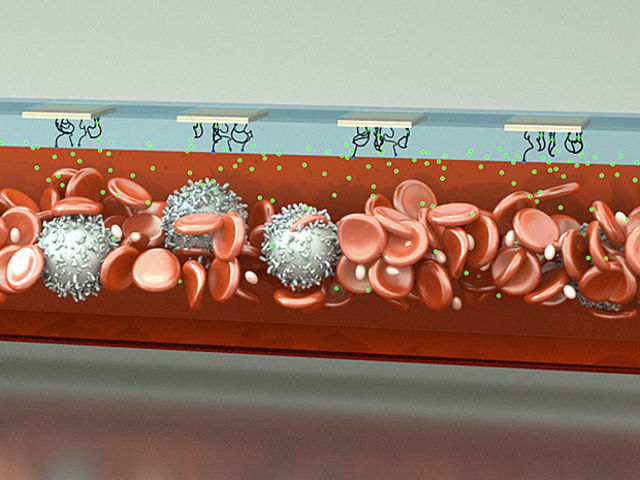 A team led by H. Tom Soh, an electrical engineer from Stanford University, developed the Biosensor device. The chemicals measured by the device include insulin and drugs.

“There could be some pretty cool applications,” Said Soh.

Drugs such as antibiotics and anticancer need to be administered at the precise dosage and within a certain window period for them to be effective. Administering too little or too late means the drug will result in the treatment being ineffective. However, too much of the drug causes undesirable side effects.  The biosensor can track the drug levels in the bloodstream and administers the required drug dosage as required.

In 2013, the system was used to administer micromolar concentrations of antibiotics and chemotherapy drugs to rats and humans. The system has since been improved by Peter Mage, Soh's postdoctoral researcher, to control drug concentration in live animals. It is categorized as a closed-loop system, which is a control system that has a forward path and a feedback path. In this case, the forward path tests the drug concentration in the bloodstream and a feedback path alters the drug dosage according to the real-time blood levels.

The biosensor is currently being used to administer a chemotherapy drug, called doxorubicin, to a rabbit. The drug is widely used. However, it's difficult to administer it at the correct dosage. The laboratory setup is as follows: The system continuously draws blood from the rabbit's ear. The drug concentration in the blood is measured by the sensor and the data is used by the feedback system to adjust the drug dosage administered to the rabbit. A programmable pump is used to inject the drug into the rabbit's other ear.

The sensor is currently only able to work for several hours. The researchers of the device hope to develop a device which can be used for long-term monitoring.

The biosensor team is currently working with pediatric cancer specialist to evaluate the therapeutic window of different drugs in children. They also hope to use the device to locate proteins which will warn us of potential infections, heart attacks or diseases.

The biosensor isn't the only artificial biological device making headlines. A few months ago, an artificial pancreas became a prime example of a blood glucose monitoring system. The FDA approved device automatically measures the blood glucose levels every couple of minutes and administers the necessary insulin dose in order to maintain the health of the patient. This type of device is vital and may help save the lives of patients with severe diabetes.