Scientists may be on the brink of creating a vaccine that could alter the body's immune system to attack tumors as if they were a virus.

A recent paper published in Nature by an international team of researchers may make history with a whole new approach to fighting, and curing cancer. The team took pieces of cancer’s genetic RNA code and placed them inside tiny nano-particles of fat which was then injected into the bloodstreams of three patients with advanced stages of the illness. 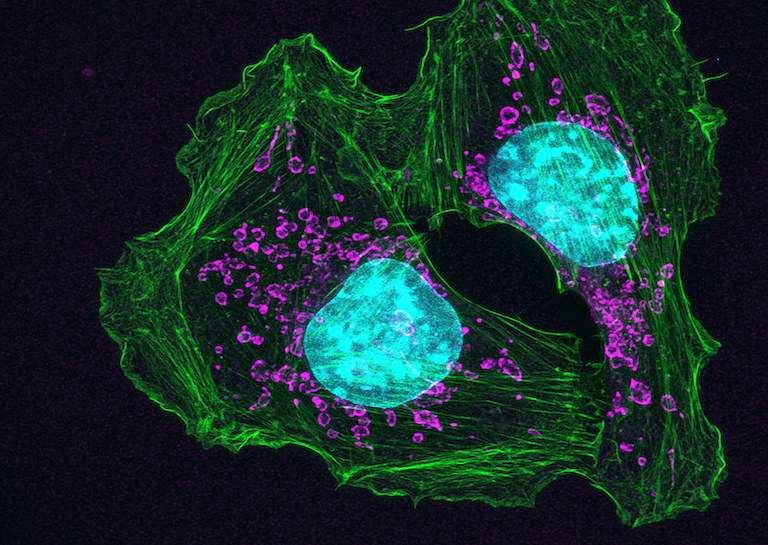 The researchers also found the vaccine was extremely effective in fighting “aggressively growing” tumors in mice, according to a team of researchers led by Professor Ugur Sahin from Johannes Gutenberg University in Germany.

“[Such] vaccines are fast and inexpensive to produce, and virtually any tumour antigen [a protein attacked by the immune system] can be encoded by RNA," the researchers claim. “Thus, the nanoparticulate RNA immunotherapy approach introduced here may be regarded as a universally applicable novel vaccine class for cancer immunotherapy.”

Although the vaccine showed promise in the mice testing, the three patients administered the vaccine were given low doses not intended to test how well it worked. The patient’s immune systems responded to the low doses, however, there is no evidence that their cancer was cured as a result.

One of the patient’s tumors on a lymph node receded after they received the vaccine. Another patient had a tumor surgically removed and remained cancer free after the vaccination.

The issue with curing cancer is that there is no direct “thing” to cure. Over-simplified, it is a rogue cell that reproduces exponentially, which then turns into a tumor. Generally, genetic coding has a self-destruct mode that when it begins to malfunction or does not properly reach a stage during cell division, it simply kills itself. However, when small pieces of genetic code are damaged or lost, the auto-kill code can be lost, and if the cell then goes rogue, there is no stopping it. Of course, the immune system will check out any foreign material and eliminate it if it determines the object is dangerous. However, it cannot recognize cancer because it only sees it as part of the body, in essence, a healthy cell.

The researchers who developed the vaccine found a way to bypass that mechanism by training the immune system to look for specific defects known only to cancer cells. When a cell is found that is defective, the body can then fight the cancer itself, without the harmful effects of chemotherapy.

Hopefully, with time, the new vaccine will dawn a new era in mankind, one in which no one will be devastated by the current incurable diseases. Perhaps after more clinical trials and refinements to the method, in the next few years, the world will ward off cancer- for good.

SEE ALSO: A new pen-like microscope can be used to detect cancer on a whole new level