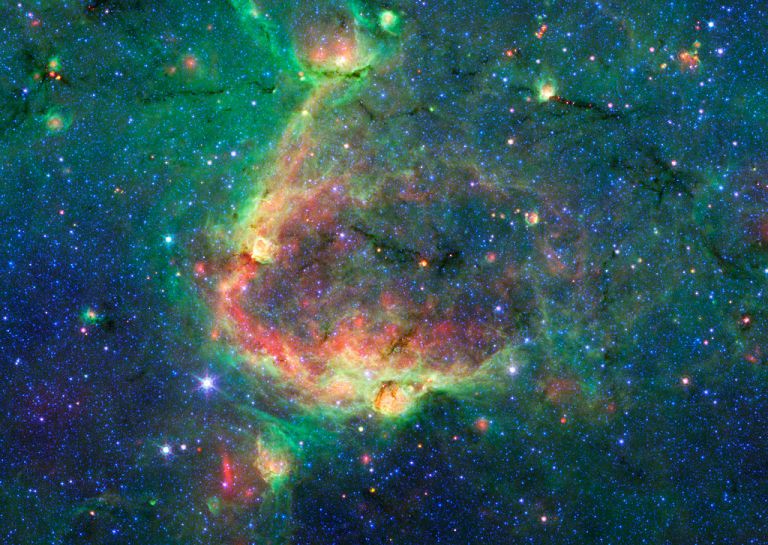 After thinking for decades we only had 100 billion to 200 billion other galaxies in space, researchers reported that figure now stands at 1 trillion, 2 trillion or higher.

Astrophysicist Christopher Conselice at the Univeristy of Nottingham in England led the team that came up with the mind-boggling number.

Conselice said in an interview with the Associated Press he's even surprised by that number.

"It boggles the mind that over 90 percent of the galaxies in the universe have yet to be studied," Conselice said in a statement. "Who knows what interesting properties we will find when we discover these galaxies with future generations of telescopes?"

Scientists used the Hubble Space Telescope's surveys in addition to ground observations. They also used 3-D imaging and new modeling strategies to update the number. Roughly 90 percent of the galaxies found in the observable Universe are too faint and too far away to be seen with most modern technology.

To analyze the data, the researchers looked into the past more than 13 million years. That showed them galaxies aren't evenly distributed. Most of the "newly discovered" galaxies were relatively small and faint, like the satellite galaxies surrounding our very own Milky Way.

What does this information mean?

Conselice and his team's reports can be used as evidence that an evolution is taking place, one where Galaxies combine and meld.

"This gives us a verification of the so-called top-down formation of structure in the Universe," Conselice said.

Fewer number of visible galaxies also explains why the sky is dark at night, or solving Olber's paradox. Conselice's team concluded that there's so many galaxy that theoretically every part in the sky holds a galaxy. The problem is that these galaxies can't be seen with the human eye or modern telescopes.

For a sense of how large 2 trillion is as a figure, Conselice noted that it's the number of seconds in 1,000 average lifetimes.