The building was built during the World War II, particularly began in 1943 and aimed to protect approximately 30 000 people in Hamburg from enemy aerial bomb attacks through several flak cannon towers. In 1947 the British military tried to destroy the building, but only managed to damage it because of the incredible structural strength of the building. 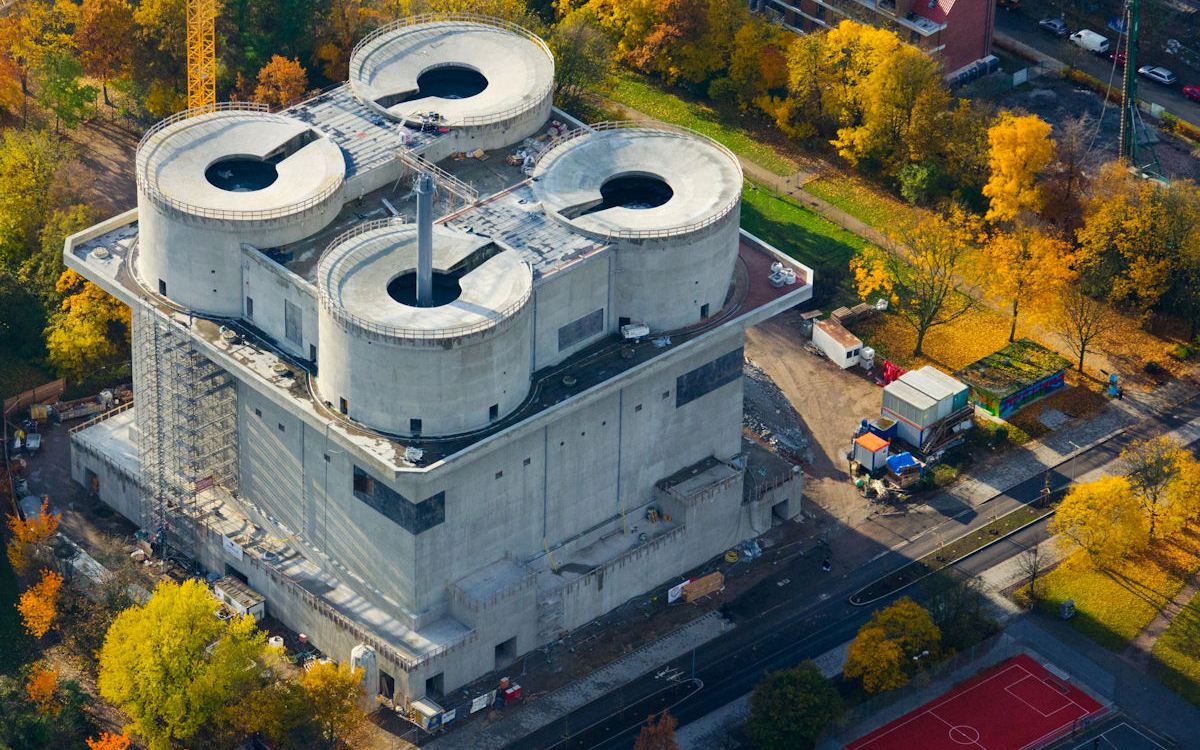 The project was developed by IBA Hamburg, famous for their environment-friendly and energy efficient projects.

The main idea of the project is to provide renewable energy to the Elbe Islands. It is expected to be achieved through combining solar thermal energy, biogas, wooden chips and waste heat from a nearby industrial company. The core technology of the project is buffer storage with a volume of 2,000 cubic meters, which will be supplied by biomethane-fired combined heat and power plant (CHPP), a wood-burning plant, a solar thermal plant and by the waste heat from an industrial manufacturer.

Funding for the initiative is provided by the European Union through the European Regional Development Fund, and by the city of Hamburg.

It is expected that Energiebunker will supply the entire Reiherstieg district with electricity and heat, producing 3,000 megawatt hours of electricity and 22,500 megawatt hours of heat. This will heat 3,000 households and will electrify nearly a thousand households. The project is expected to be completed in 2015 and will reduce the production of CO2 by 6,600 tons per year.