UPS hoped to debut its delivery drone yesterday without a hitch. While not a complete disaster, the media event certainly shows delivery drones still need improvement.

The initial test saw the octocopter fly from its perch atop a brown UPS delivery truck to a home and directly back without a hitch.

The custom-built truck launches HorseFly and then uses robotic arms to latch onto the drone once the delivery completes. A cage attaches to the drone that holds the delivery load. Once the HorseFly reconnects, the drone recharges via the arms.

However, during a second "unofficial" demonstration, the Horsefly experienced interference. The drone stopped the launch immediately. It then fell on top of the UPS truck while trying to land and was nearly smashed by the closing top. UPS has yet to say what signal type exactly interfered with the drone's signal. It could possibly have been from broadcast reporting cameras or heavy RF frequency. 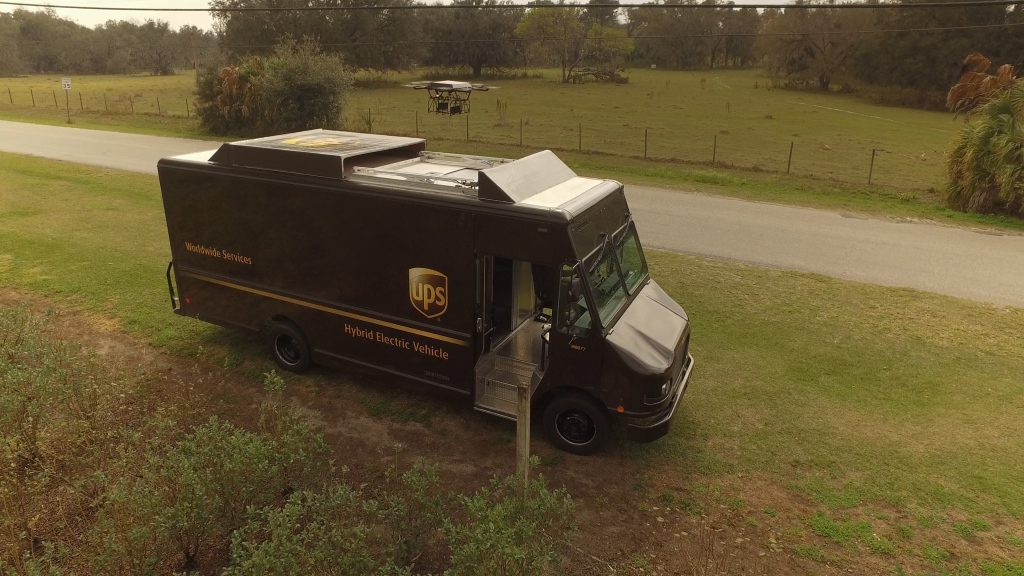 Ohio-based company Workhorse Group Inc. supplied UPS with the drones. They build both the drones and the 350 electric hybrid trucks that UPS will add to its fleet (the company already added 125 to its delivery service).

“We’ve never seen it before,” said Workhorse CEO Steve Burns, of the glitch.

In an interview with Tech Crunch, Burns said:

In theory, the UPS delivery drone, named "The HorseFly," travels via delivery van to a location. UPS wants to use it in situations where trucks are too large for travel. It could even help drivers save mileage on potentially hazardous roads.

UPS joins a number of other companies looking to perfect the drone delivery system. Amazon used Top Gear to unveil their actual delivery drone. Granted, the blue and orange drone looked considerably different than initial promos. It also delivered a very tiny package in pretty nice conditions. Regardless, Amazon managed to mount up considerable hype against which UPS and other delivery services will have to compete.