The URWERK UR-110 Eastwood designed in tweed and wood

THE UR-110 luxury watch arrived in 2011 and it was described as being a masterpiece. Since then many special editions have been released and this year is to be the last new edition that we will see of the watch. To commemorate it, URWERK have released the UR-110 Eastwood watch. 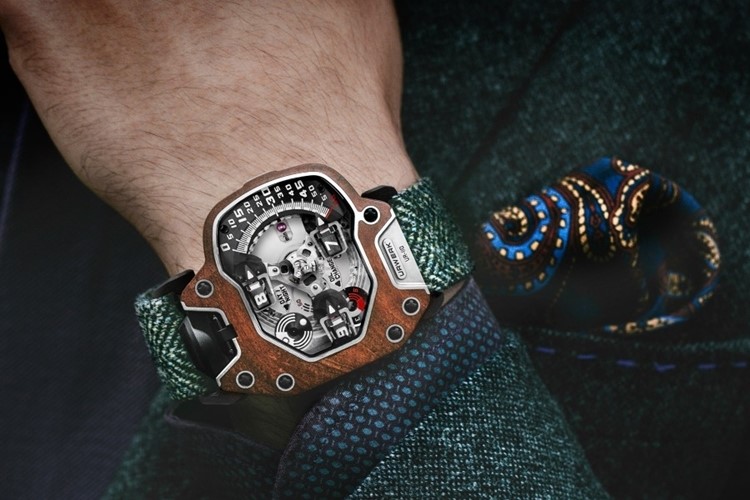 URWERK have designed the luxury watch in a bezel made from hardwood and have given it a complicated mechanical movement with indicators for the time shaped like torpedoes and topped it off with a tweed watch strap. The watch looks like something that might be at home in a steampunk dystopian future. 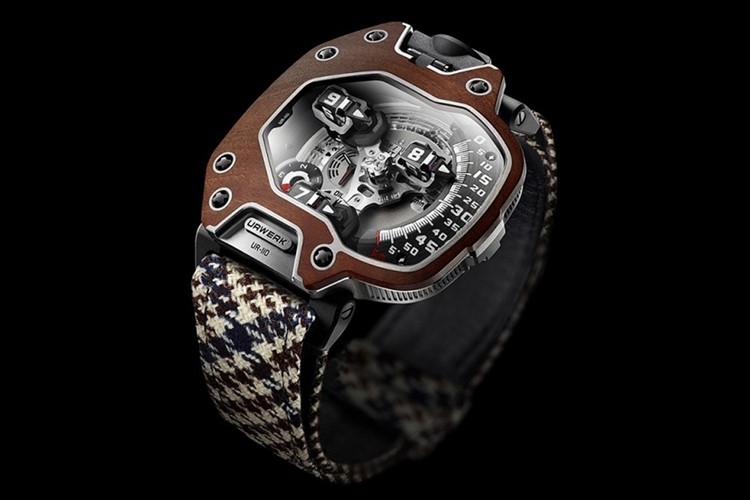 The UR-110 Eastwood's Macassar Ebony wood bezel gives it a new look and it contrasts against the futuristic complications, with the tweed strap maintaining a traditional look. While the whole thing may not sound as though it would go together, the designers have blended it all together beautifully and it looks superb. Personally, I think the new look does look more stunning than any of the previous versions in reality. 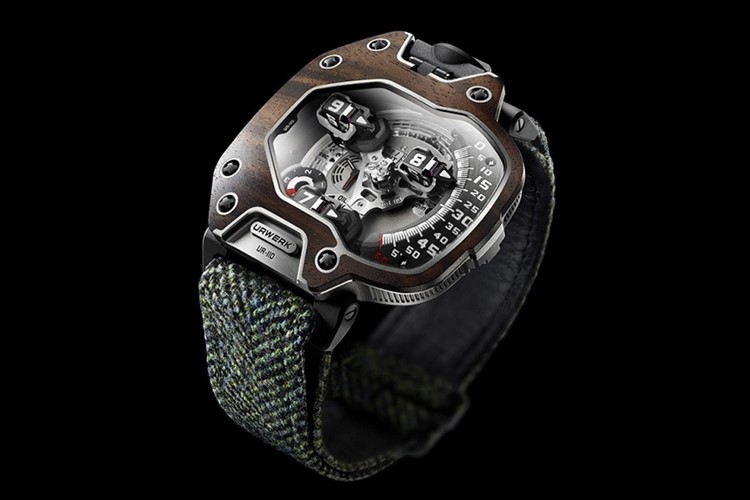 URWERK are going to reveal two new models of the Eastwood watch, the Eastwood Macassar Ebony and the Eastwood Red Ebony. Both of the watches will offer three tweed straps so that owners can change the look of the watch as they see fit, tailoring it to their outfit of the day.

At the moment there is no price tag but the original URWERK UR-110 Eastwood has a price tag that is just under $100,000.