The U.S. Army is upgrading its land-based artillery in an effort to keep up with an ever-increasing Russian force. Upgrades will be implemented to tanks and cannons.

The United States Army is starting production on a new Self-Propelled Howitzer cannon. BAE Systems has been awarded a $1.7 billion contract to build the full-rate production version of the M109A7 Self-Propelled Howitzer and companion M992A3 ammunition carrier vehicles. The new cannon and vehicle are thought to be part of an ammunition upgrade for the Army with the aim of equipping it with more deadly firepower than the existing Russian Federation artillery. “There is a series of things we are trying to do to our platforms so that while we are developing a next-generation capability we are doing everything we can to deliver more lethality,” Maj. Gen. David Bassett, the program executive officer for Ground Combat Systems, told media leading up to the Association of the U.S. Army’s annual convention last year. "Right now we have the 39 caliber cannon we have had since the 80s. We are range limited and the Russians can outgun us and shoot farther," he continued.

Canon just one of many upgrades

The self-propelled Howitzer will be engineered for faster movement, improved structural protection, new suspension and advanced networking technology. Once completed the new cannon is expected to be able to fire at targets up to 70 kilometers away. The new canon is expected to be leveraged from the new larger chassis used in the M109A7 variant. "If you had not replaced the chassis first, you would never be able to put that larger cannon on there,” noted Maj. Gen. David Bassett. A weapon with a 70-kilometer range will be a huge step up for the United States Armed forces in this weapon class.

Its previous iterations of similar land-based firepower were the Excalibur, released approximately ten years ago with a range of 30 kilometers. The push for the bigger range Howitzer iteration comes after the U.S. witnessed the Russian forces push back against Ukraine in recent years. The Federation's superior ground power has spurned the U.S. army into action to make its ground fleet more lethal.

In a series of measures, the army will increase its land-based firepower by upgrading existing ground-based combat vehicles. The new plan includes upgrading the M1A2 SEP V3 tank. The upgrades to the tank will come in two phases, the initial work will modernize its architecture to include an ethernet connection and an ammunition data link. 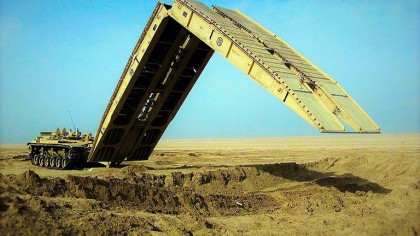 The next phase solely focuses on improved lethality. “The keystone technology there is the third generation FLIR [Forward-Looking Infrared camera],” said Lt. Col. Jay Shell, the Army’s Abrams program manager. “We are doing a full site upgrade onto that tank and we are enhancing not only the gunner’s and the tank commander’s ability to acquire and engage targets at much farther distance, but they are also going to have much greater acuity within those sites to do target discrimination, so that will be the true lethality overmatch variant of the tank.” The upgrades will roll out over the next three years with upgraded weapons and vehicles expected to be in the field by 2020.