US Develops Autonomous Cruise Missiles That Communicate With Each Other

The United States government is looking to make weapons autonomous. Air Force's new "Gray Wolf" project will be the beginning of the autonomous missiles.

As artificial intelligence takes hold of cars, planes, and boats, it would only make sense that the military would be exploring the same possibilities in weapons. Sure, the military has used things like cruise control missiles but the idea of using intelligent weaponry is relatively new. Though it is cool in theory, there could be a lot of issues down the road with these type of controversial weapons.

Enter the United States Airforce's new military initiative, project Gray Wolf. The aim of this project is to create advanced technology that will allow cruise missiles to coordinate attacks and targets with each other, completely independent of a pilot or any preset coordinates. The missiles would seek out and destroy targets hundreds of miles of way, with scary accuracy.

Though the project has been kept under wraps by the United States government, some details about the Gray Wolf have been made public by the Pentagon. 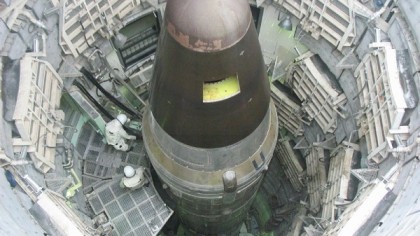 What Is an Intercontinental Ballistic Missile and How Does It Work?

To create these powerful weapons, the U.S. Air Force Research Laboratory (AFRL) has reached out to the Lockheed Martin and Northrop Grumman. The Wolf missiles may still be just in the testing phases but they do show some impressive promise. The cruise missiles will be long range, low cost and subsonic. Even more so, the missiles will have "enhanced navigation, survivability and attack of particular targets." Realistically, the missiles will be used as an air-to-surface munition and will be launched from Air Force bombers. According to Aviation Week, the missiles will be used on other aircraft. Aviation Week, "potential platforms for deploying Gray Wolf might include a yet-to-be-designed "arsenal plane" (also colloquially known as a "bomb truck"), an un-stealthy but heavily armed missile carrier whose sole purpose would be to shoot at targets detected by F-35 fighter jets operating in full stealth mode."

Northrop Grumman and Lockheed Martin lucrative contract for these missiles will be delivered between late 2022 to 2024. If the project is a success the people at both companies will be happy as the cost per missile is already estimated at $1 Million.

Projects like these are exciting for the military but pose a lot of questions for the future. Will the future of war be unmanned and will that be something that is ethically wrong? Will autonomous weapons decrease or increase the amount civilians casualties in war?