New evidence shows that migrating to the United States can lead to a less healthy gut almost immediately.

Migration from one country to the United States remains one of the country's most debated issues. However, a new study says that moving to "the Land of the Free" might destroy the strength of a migrant's gut biology.

Biologists from the University of Minnesota partnered with biologists from around the world to see just how drastically the Westernized diet affects new US residents. The Minnesota team drew inspiration from the diverse refugee community in the area. They hoped that by understanding how the body adapts to high-fat, high-sodium, and high-calorie diets, the study could give insight into issues like obesity and diabetes.

Giving up microbial health with migration

While the legal process for immigration takes months or years, migrants experience degrading gut health "almost immediately" after arriving in the US, according to the researchers.

"We found that immigrants begin losing their native microbes almost immediately after arriving in the U.S. and then acquire alien microbes that are more common in European-American people," explained senior author Dan Knights, a computer scientist and quantitative biologist at the University of Minnesota. "But the new microbes aren't enough to compensate for the loss of the native microbes, so we see a big overall loss of diversity."

Residents of developing nations around the world have much more diverse gut bacteria than people brought up on a traditional Western diet. Microbiome health keeps the human body in check, and a more diverse biome betters a person's chances of fending off various diseases.

However, the researchers said it was "striking to see this loss of diversity actually happening in" migrants. 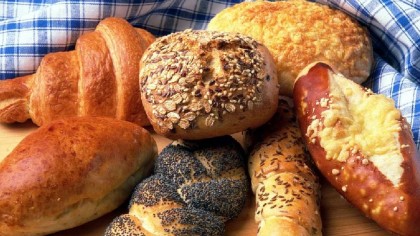 The researchers drew their inspiration from Minnesota's large migrant group from Southeast Asia. More specifically, that included the Hmong and Karen people groups -- ethnic minorities originally from China and Burma.

The team used Hmong and Karen communities in both Minnesota and Thailand as participants for the study.

The team also met a group of 19 Karen refugees who relocated from Thailand to the US, and that gave them an opportunity to clearly track an immigrant's first six to nine months in the country.

The first thing researchers noted was that major changes in bacteria happened fast. In the first six months, they found Western strain Bacteroides that replaced the non-Western bacteria strain Prevotella.

The longer a person lived in the United States, the less diverse the microbiome became, the researchers discovered. This concerned not just the researchers, but also the communities being observed.

"Obesity was a concern that was coming up a lot for the Hmong and Karen communities here. In other studies, the microbiome had been related to obesity, so we wanted to know if there was potentially a relationship in immigrants and make any findings relevant and available to the communities. These are vulnerable populations, so we definitely try to make all of our methods as sensitive to that as possible and make sure that they have a stake in the research," explained first author Pajau Vangay.

Knights pointed out that changes were sharper and more distinct in kids.

"...it was clear that the loss of diversity was compounded across generations. And that's something that has been seen in animal models before, but not in humans," he said.

"When you move to a new country, you pick up a new microbiome. And that's changing not just what species of microbes you have, but also what enzymes they carry, which may affect what kinds of food you can digest and how your diet interacts with your health," Knights said.

"This might not always be a bad thing, but we do see that Westernization of the microbiome is associated with obesity in immigrants, so this could an interesting avenue for future research into the treatment of obesity, both in immigrants and potentially in the broader population."