The U.S. marines have created a half-sized prototype of a half-tank, half-boat vehicle that they call the Ultra Heavy-lift Amphibious Connector (UHAC). The vehicle has also begun testing last week during Rim of the Pacific excercises at the Marine Corps Training Area Bellows on Oahu, Hawaii. 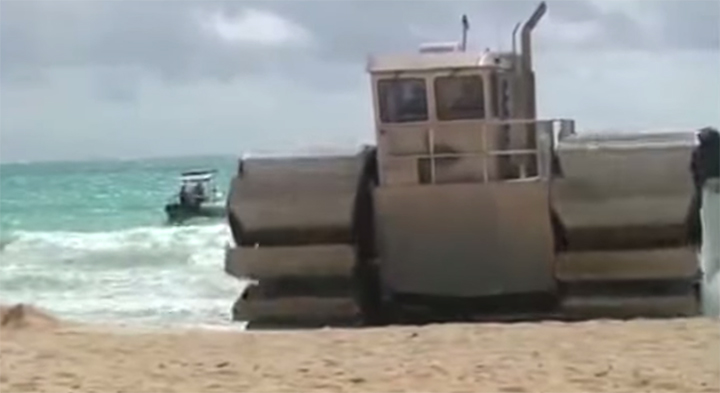 The UHAC is at the moment a half-size prototype of the vehicle they intend to use to replace the current Landing Craft Air Cushioned (LCAC) Hovercraft. It's designed to insert troops into locations that current technology doesn't permit and in summary, it is a ship-to-shore connector.

"Showcasing the UHAC during RIMPAC is a big deal," said Dave George of the Marine Corps Warfighting Lab, which developed the UHAC with funding from the Office of Naval Research. "This is a great way to let people know that this new technology is being developed."

The tracks of the boat-tank have been designed to allow it to travel on rugged land as well as providing buoyancy on the sea. They are made of what the military says are "captured air foam blocks," that provide the buoyancy on water and which flatten when on land to act like the tracks of a tank or bulldozer. 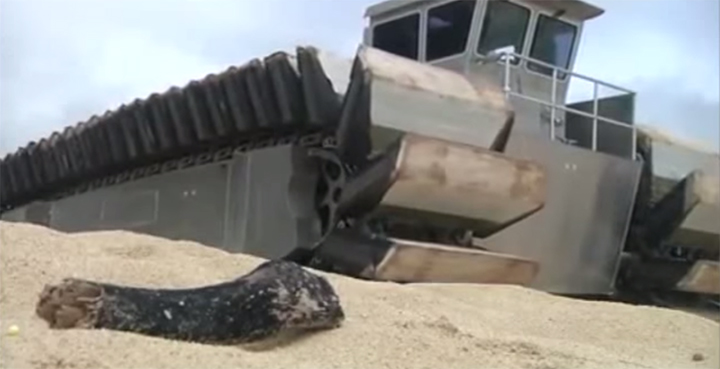 The full scale version will be designed to carry a payload of 200 tons at a cruising speed of 23 mph (37 kmh).  This means that it is set to boost the payload capacity of the current LCAC vehicles by three times. When on the shore and in tank-mode, it will be able to drive over 3 m (10 ft) high obstacles.

Although the current UHAC prototype is not armoured or armed, the plan is to cover it with armour plating and load it with .50 caliber machine guns for protection.