The U.S. Navy is providing uncrewed underwater robots to help narrow down the search area of Argentina's missing submarine.

The United States Navy has sent underwater robots to Argentina to join the international search effort to look for the missing Argentine submarine, San Juan. The submarine went missing a week ago with 44 crew member aboard, including Argentina's first female submariner. The United States Navy has also provided two P-8 Poseidon patrol planes as well as submarine rescue vehicles to assist in the search. The search for the missing submarine has now tripled in size as fears for the crew's safety increase. 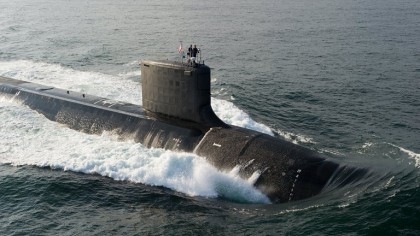 The Interesting Engineering Behind Submarines

The submarine lost contact with its base command between the islands of Argentina's Tierra del Fuego and the Armada Argentina's northern base at Mar del Plata. A spokesperson for the Argentinian Navy has confirmed an abnormal sound detected around the time the submarine sent its last communication was “consistent with an explosion". They went on to say they don’t have enough information at this time to describe what the likely events around the submarine's disappearance are and could not confirm if the submarine had been attacked.

Many nations have now provided crew, technical and equipment support for the search. NASA has dedicated its P-3 Orion "flying lab" to assist with the hunt. The P-3 had been in the area as part of its annual Antarctic ice survey. The aircraft is fitted with a magnetic anomaly detector (or magnetometer), a gravimeter infrared cameras, and other sensors designed for measuring ice thickness, but could be manipulated to assist in the detection of the submerged submarine. Chile and Brasil have also provided aircraft. Britain has sent its navy’s ice patrol ship Protector to the scene. The United States has a range of equipment dedicated to the search. If the submarine is able to be located the U.S. Navy is ready to deploy a Submarine Rescue Chamber (SRC). This device can dock with a submarine's escape hatch to evacuate the crew. The SRC is best suited to shallow waters. The Navy has also made available a Pressurized Rescue Module (PRM), a self-propelled rescue craft better suited to deep-sea submarine rescues.

In addition to these larger pieces of rescue infrastructure, the U.S. Navy has also provided four uncrewed underwater vehicles (UUV) The largest of these is the Bluefin 12D (Deep) UUV, the three smaller UUV’s are called OceanServer Iver3 580 UUVs. These underwater robots are equipped with sonar that can help the water and air rescue vehicles narrow their search areas. Bad seas may have contributed to the submarine's disappearance. Due to storms, the submarine may have been traveling underwater powered by its diesel engines. The sub is able to stay submerged with adequate oxygen for 10 days even if suffering a power failure. The bad weather conditions continue in the rescue area hampering the efforts of the international team. If the explosion heard during the submarine's disappearance resulted in damage to the submarine's hull, rescue operations may face even more difficulty as the Submarine Rescue Chamber is only effective if it can be docked to the specific escape hatch.