The US's Tallest Dam May Catastrophically Fail and Endanger Thousands

188,000 people have been evacuated from around the Oroville Dam in Northern California as engineers are heavily concerned that its overflow spillway may completely erode. 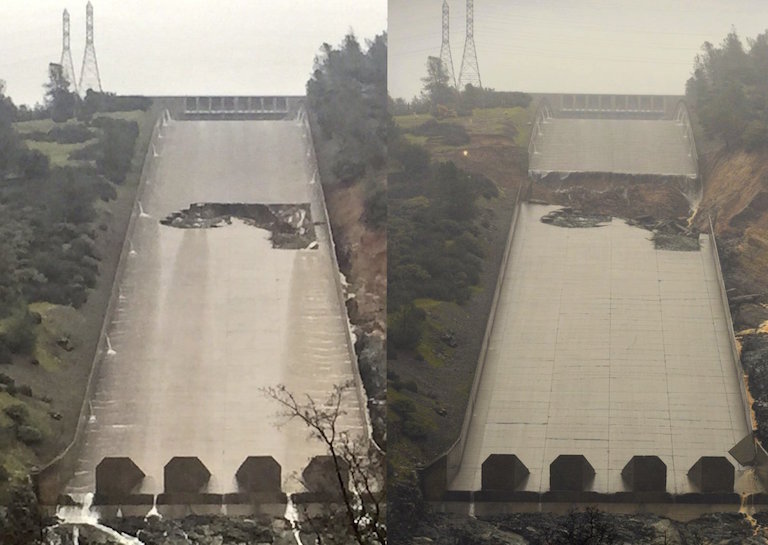 The Oroville Dam is the US's tallest dam and sits just 150 miles north of San Fransisco. Dam engineers found a hole in the top of the 770-foot tall emergency spillway structure on Sunday and immediately ordered those in the affected areas to evacuate. Engineers also immediately restricted flow into Lake Oroville to try and reduce the hydrostatic pressure on the structure. You can see just how drastically the dam is overflowing in the footage below from a survey airplane late yesterday.

The problem doesn't appear to be with the dam itself, rather the emergency spillway structure. According to CNN, one official said that the worst case scenario would lead to a 30-foot wall of water being suddenly released to flow downstream.

This sudden emergency is not uncommon with dam failures of the past. Due to the massive and somewhat unseen nature of dam substructures, it can often be hard for engineers to notice damaging erosion or seepage effects until it is too late. 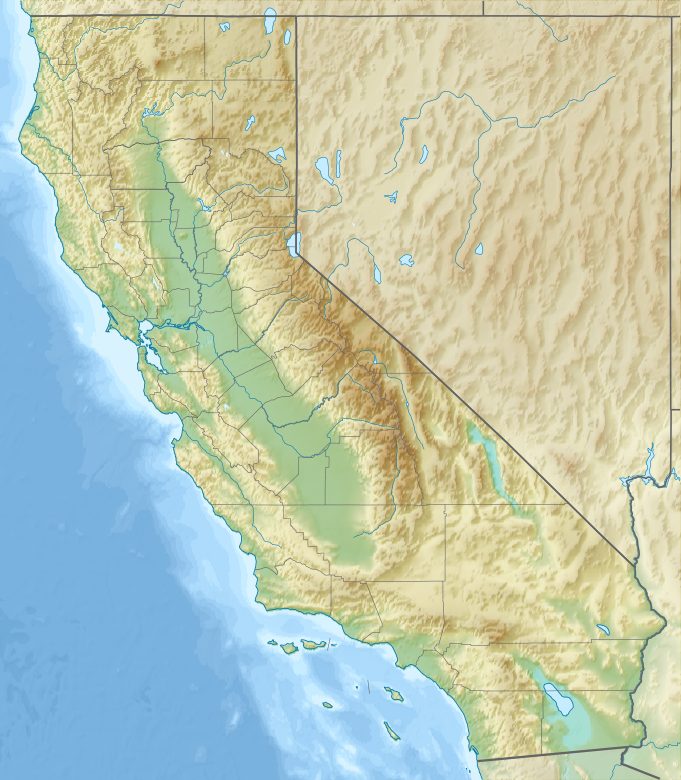 Lake Oroville serves as a holding place for much of northern California's water runoff as well as reserves. Heavy rains this winter in California have pushed the dam and the lake to maximum levels. The watershed extends as far away as the Sierra Nevada mountain range, which is experiencing one of the wettest seasons in recent history, playing into the stressing of the dam.

Theoretically, the fact that the failure points are on the emergency spillway and not the dam itself could be a good thing. However, if the spillway goes, the rest of the dam structure will likely fall under the massive kinetic energy of 3.5 million acre-feet of water flowing.

6:08pm: #OrovilleDam itself is not compromised at current time. Failure would be on auxiliary spillway. See graphic for details. pic.twitter.com/LSxCwsthxC

America's dam networks are largely underfunded and are often mismanaged. Dams have the potential of destroying thousands of acres of land and homes if not properly maintained. General perception is that dam failures are not common, but in fact, they present a very real danger.

You can get a better grasp of the erosion damage to the emergency spillway in the image below. The hole is 250 feet long, 170 feet wide and 50 feet deep. It's not a problem that can be quickly fixed.

spillway at the #orovilledam - erosion was 1st reported 3 days ago, since then it has grown. pic.twitter.com/MNep5CQ9Ni

Engineers have currently stopped flow to the emergency spillway and are flowing 100,000 cubic feet per second out of the main spillway to decrease stress on the structure, according to Fox News.

For now, the situation looks slightly less dire than it did on Sunday. With that said, dam failures are often sudden extreme events and until the spillway is fixed and the flow is minimized, the danger will still be present. There is no word yet on when the evacuation order will be lifted for the area. If the dam were to fail, it will be one of the largest Dam failure disasters in the history of the United States.