The US successfully tested its missile defense system in the wake of rising tensions with North Korea. So what exactly are they testing? It is a system called Terminal High Altitude Area Defense (commonly referred to as THAAD). The system detects missiles using radar, deploys an interceptor, and destroys them. 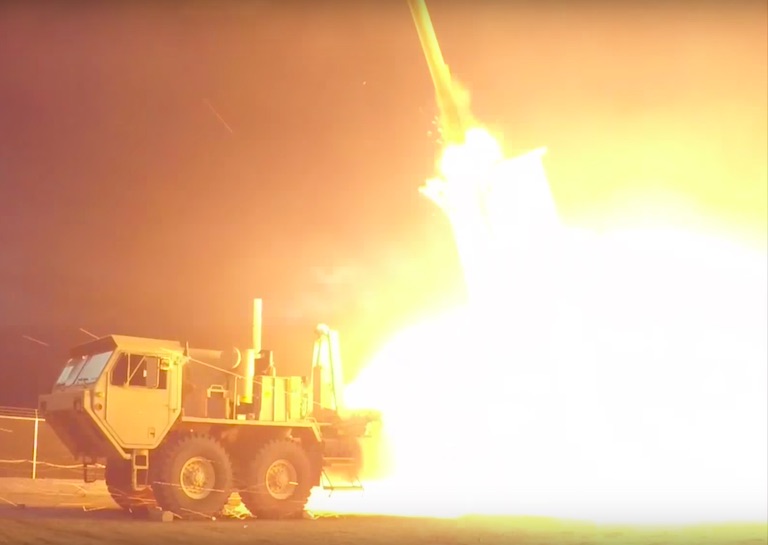 THAAD can intercept an identified missile both inside and outside the Earth’s atmosphere. It can intercept and destroy missiles during the missile's final or terminal phase of flight. 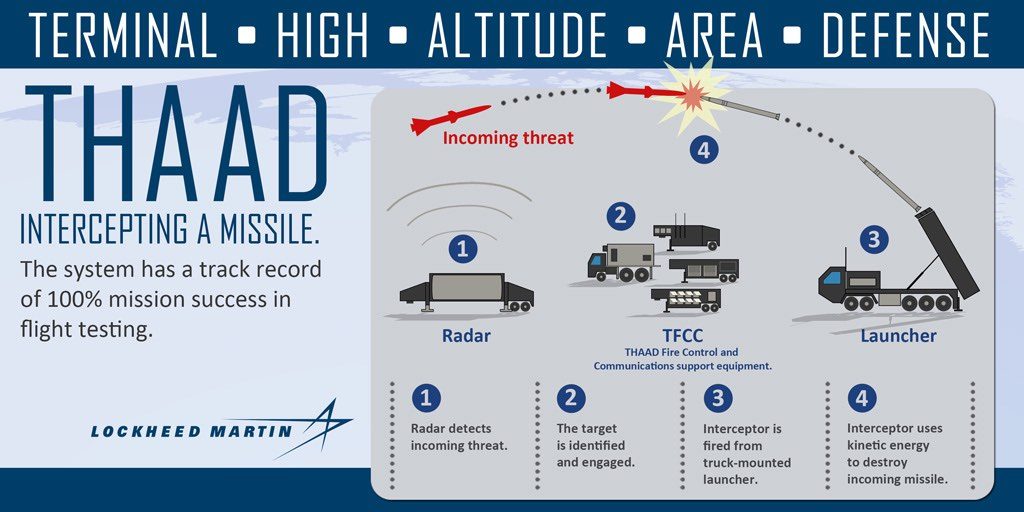 The system was tested for the 15th time last week in Alaska. The test involved a medium-range target ballistic missile (MRBM) being launched by a U.S. Air Force C-17 over the Pacific Ocean. The THAAD system, which is located at Pacific Spaceport Complex Alaska in Kodiak detected, tracked and intercepted the fired missile.

The test mimicked actual combat as closely as possible. To achieve this, the launch time of the missile was kept undisclosed to soldiers operating the THAAD system. Their response to the launch and subsequent actions were the critical aspects of this particular test.

Last weeks test may be seen as a subtle message towards North Korea who has been recently aggressively testing new weapons systems. Last week, North Korea underwent night time testing of a Hwasong-14 intercontinental ballistic missile. These long range missiles have the capability to hit the US, and their recent testing has caused diplomatic tensions to increase between the two countries. The most recently tested missile has the capacity to travel over 6,200 miles, which means many important targets on both coasts of the US could be possibly at threat.

In a more direct response to the North Korean testing, the US sent two B-1 bombers on a fly-over mission from a Guam based airbase to the Korean Peninsula. The trip is a way for the U.S to show Korea their possible response times to missile threats.

THAAD was developed in response to scud missile attacks during the Gulf war in the early 90’s. It uses kinetic energy rather than a warhead to destroy its intercepted targets.  This means the system is also safe to use against nuclear-tipped missiles, which will not detonate upon a kinetic energy hit.

The system has been in use in Turkey, South Korea and the United Arab Emirates. THAAD is designed and built by Lockheed Martin Space Systems. The Lockheed website describes the system in the following way, “When enemies attack, governments must be ready to defend their soldiers, citizens and infrastructure. That’s where THAAD comes in – one of the most advanced missile defence systems in the world."