Congress is considering removing the $7,500 electric vehicle incentivizing tax credit by the end of the year.

The United States is set to take away its $7,500 USD plug-in electric vehicle tax credit. The tax cut had been spurring many consumers into buying their first electric vehicle but the market growth could be set to fall if the bill passes. The removal of the incentivizing tax credit couldn’t come at a worse time for electric vehicle manufacturers, many of whom have just released new models onto the market. 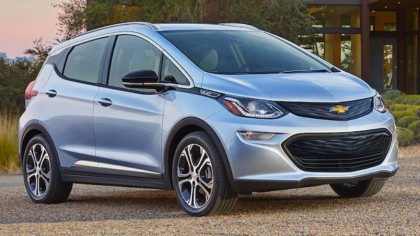 Chevrolet launched the BOLT EV in December last year and sales have been booming. Last month, the five-door sedan outsold Tesla for the first time. Nissan will also likely feel the pressure with the removal of the tax credit, its recently released Leaf is a perfect option for first time EV owners who are attracted by its low price and strong reputation.

The current tax credit system is awarded on the first 200,000 electric vehicles that each manufacturer sells overall. If the bill is passed, the tax credit will end at the end of the year, well before most manufacturers reach the limit. Michelle Krebs, a senior industry analyst with AutoTrader has said that the incentive is crucial to widen the EV market beyond the committed ‘green’ consumers.

The boom in EV sales has helped strengthen the industry overall, allowing battery prices to fall and increased the demand for charging stations. If the tax credit does get removed the industry is still going to grow albeit at a much slower pace. Tax credits may still exist in individual states that have offered additional incentives to consumers. In the state of Colorado, for example, battery electric vehicle buyers get a $5,000 rebate; in Delaware, they get $1,000, California gives an additional $7,000 to new EV owners. But in states with no current tax credit, the purchasing of new EV may dry up completely.

Many car companies like Volvo and General Motors are already laying out plans for a totally electric future and often government tax credits are integral to keeping those ambitious goals on track. General Motors was quoted as saying: “Tax credits are an important customer benefit that can help accelerate the acceptance of electric vehicles. Because General Motors believes in an all-electric future, we will work with Congress to explore ways to maintain this incentive.” It isn’t the first environmentally jeopardizing decision the current Republican Government has made.

Trump pulling plug on the environment

Earlier this year, President Donald Trump's administration rolled back the ban on plastic water bottle in national parks. These actions follow the United States withdrawal from the Paris Agreement in the st June 2017. At the time President Trump said that the "The Paris accord will undermine (the U.S.) economy," and "puts (the U.S.) at a permanent disadvantage." If the tax credit removal does go through, the United States will be one of the few countries in the world to not offer consumers incentives for purchasing electric vehicles. Congress will continue to work out the bill in the coming weeks before it is put to a vote.