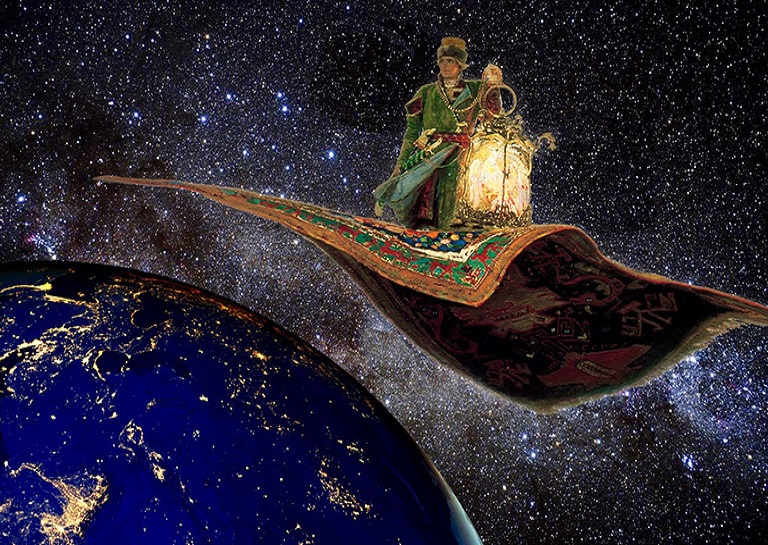 A team from Caltech and Northrup Grumman want to develop solar-catching carpets and send 2,500 of them into earth's orbit.

According to the U.N. Development Programme, a quarter of the Earth’s population lacks access to a reliable source of electricity. Of those people, more than half don't have electricity at all. These researchers hope their flying solar panels could be the solution.

The solar panels will orbit Earth’s atmosphere and convert the Sun’s energy into microwaves. The beam will then be directed back to Earth where the microwaves will be converted into electricity.

The idea was proposed by Harry Atwater, one of the Caltech professors who is leading the SSPI (Space Solar Power Initiative). Harvesting energy in space has been discussed for a long time, however, it seems the SSPI team will be the organization to lead the initiative.

The power station will unfurl from a cylinder 3 feet in diameter and 5 feet long. Once freed from the launch vehicle, it will reach its full size: two-thirds the size of a football field and only 1 inch thick.

“What we’re proposing, somewhat audaciously, is to develop the technology that would enable one to build the largest-ever-built space structures,” said Harry Atwater to NASA, one of three Caltech professors leading SSPI.

The space-based power station will consist of thousands of tiles which will harness the power of the sun. In its current design, the tiles measure 10 by 10 cm and are about 3 cm thick. It also maintains the ability to be rolled into a cylinder just one meter in diameter and about one and a half meters long while still maintaining an area equivalent to about two-thirds the size of a football field. Each independent spacecraft will consist of 360,000 of these tiles.  However, at 0.8 grams per tile, it is extremely lightweight which enables the realization of the initiative to be met in a real-world application. The entire array in one spacecraft will only weigh 370 kilograms.

“Our approach uses ultra-lightweight integrated circuits, photovoltaics and structures,” Hajimiri says, “that make it about two orders of magnitude lighter than any competing effort I am aware of.”

The total array will consist of 900 million independent tiles which will be installed by over 2,500 ‘formation-flying spacecraft’. The apparatus is also engineered with a high degree of redundancy to ensure if one tile goes offline, all the others can remain functional. Each tile will independently transmit the power it generates. Losing a few tiles as a result of large solar activity or micrometeorites will have a negligible impact to the functionality of the system. 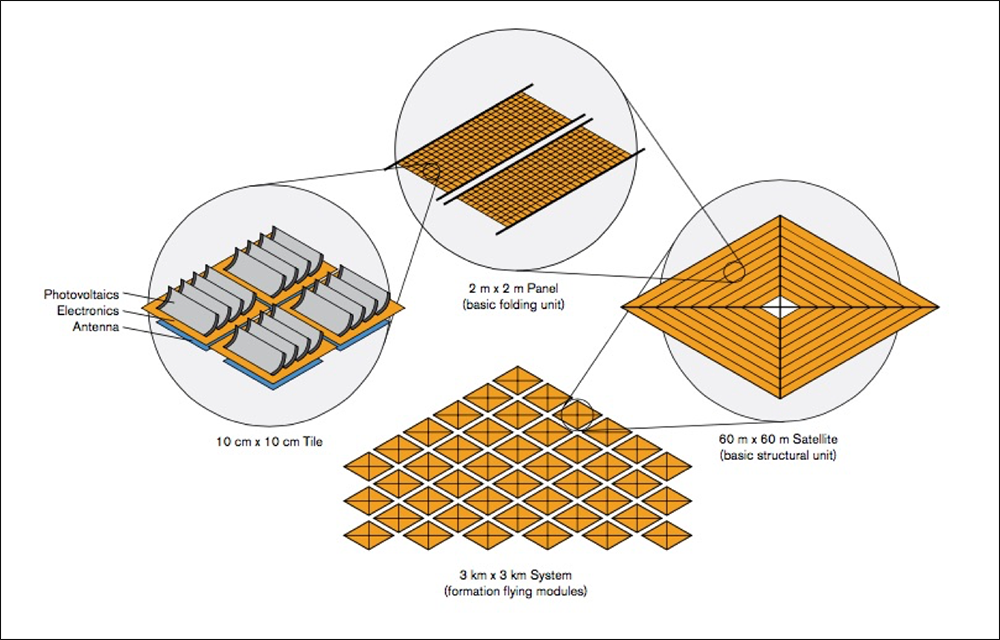 Areas without power plants or a lack of major transmission capabilities would be ideal candidates to host massive ground stations to capture the microwave radiation. The ground stations would then receive power from the orbiting solar panels which will then be transmitted to local communities. The panels will be deployed in geostationary orbits to ensure the space power station will be able to provide energy to a specific location on earth.

“You look at the seasons, day-night cycle and all of that versus having it in space at geostationary orbit (an orbit where a satellite appears to hover over one spot on Earth’s surface), and there is an advantage in space, factor of 9,” Says Pellegrino.

Essentially, the receiving antenna on Earth harnesses up to 9 times as much energy compared to ground-based solar panels of similar size.

Some may be skeptical or concerned about the fact that by beaming energy down to earth in the form of microwave rays could potentially pose a safety hazard, however, Atwater ensures “The energy density you are transmitting is no more than what you get by standing outside in the sun or using your cell phone”.

The project is more than just a dream. The company is already developing large-scale production of the tiles. Moreover, the project is now backed by Northrop Grumman who will provide up to $17.5 million to the initiative over three years.

Despite its ambitious nature, the project seems more feasible with each day given constantly-updating technology. Space offers ideal conditions to harvest raw solar energy. Above Earth's atmosphere, very little absorbs radiation. Thus, solar panels would have first dibs on immense amounts of rays. No doubt the company will face hurdles throughout production. However, magic flying carpets could another answer in the search for clean energy.