Overpopulation is a problem that isn't going away any time soon. Thankfully, there may be a few ways that smart cities can help prevent the negative effects of overpopulation in cities.

Overpopulation is a condition where the number of humans in an area — often a country or continent — is too high for the planet and its available resources to sustain them.

Improved medical care and longer lifespans are a couple of the things that have recently caused overpopulation effects, but the problem is not new.

For example, after World War II compelled couples to have children at higher-than-average rates, the U.S. society experienced a "baby boom." In 2018, the world's population grew by 1.12 percent. The growth rate across countries is not universally rising and is falling in some nations, but the global population numbers are nonetheless staggering.

Data from the United Nations suggests that there are 250 babies born every minute. Surprisingly to some, the overall birthrates have even fallen.

Technology helps people live longer than they did in previous areas. What if technology could also help accommodate how overpopulation affects our community?

How to Prevent Overpopulation

Analysts believe that there are numerous humane ways to prevent overpopulation. For instance, there's a long-standing correlation showing that women who receive more education have fewer kids than those who are less educated. 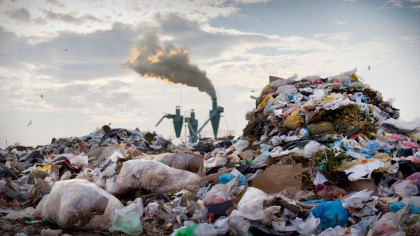 Some people think that more education — including teachings about safe sex and contraceptive methods — are the key to getting control of overpopulation.

Other solutions to the problem of overpopulation center on encouraging people to transition toward one-child households and reducing assistance programs that give people increased benefits if they have more kids.

Most individuals familiar with the issue do not advocate for enforcing limits on the number of kids households can have or moving forward with other drastic measures such as forced sterilization.

However, they say it could be helpful if nations focus on educating families about the environmental and financial costs associated with larger families. As a result, people may think more carefully before adding to their families.

Why Is Overpopulation Problematic?

There is no single, straightforward answer for why overpopulation must be dealt with decisively, but diseases spread faster in overpopulated areas. This issue is due in part to the number of people crammed into a limited space, setting the stage for diseases to proliferate.

Relatedly, the medical staff in places of overpopulation may find that their facilities are not equipped to provide the appropriate care for people who need it, especially during epidemics.

Another way that overpopulation affects our community is that it contributes to food and housing scarcity, especially if city planners don't take steps to accommodate population growth. Rooftop gardens are a great example of how to give people access to fresh produce, helping them live without taking up more land for agriculture.

In addition to how overpopulation can negatively affect resources, there's a link between overpopulation and global warming, due in part to increased use of fossil fuels. Fortunately, renewable energy has made the connection between the two less substantial.

Still, climate change is a substantial human health threat. Scientists already believe it's partially to blame for some of the severe storms that have recently battered parts of the United States. Plus, rising temperatures adversely affect crops and could exacerbate humans' chronic illnesses.

Technological Solutions to Improve Overall Quality of Life and Productivity

People don't always overlook the problems caused by overpopulation — they often try to conquer these circumstances with innovative ideas, such as smart cities.

According to the "Smart Cities — What's in It for Citizens?" paper from Juniper Research, the Internet of Things (IoT) could result in a better quality of life for countless individuals — even those living in overcrowded areas.

Some of the points mentioned in the research for this paper are that connected cities could have less traffic congestion and reduced issues with hospitals being too full to serve the patients that need them. The material also pointed out that IoT solutions that enhance productivity could give citizens 21 hours back per year.

As communities become more crowded, traffic levels can go up, making it more difficult to get around. Accommodating overpopulation in a smart city means offering people sustainable options for getting where they need to go, such as electric scooters. In San Francisco, more than 50 percent of the city's residents commute by public transit, bicycle or walking.

Connected tech comes into play when sensors and cameras give timely, constant feedback to city planners about which intersections are the busiest at certain times of the day, how to adjust bus routes to make them more efficient, areas that have the most foot traffic and more.

In an Australian pilot study, measurements are underway to detect how long people sit at traffic lights and how many vehicles line up to wait. A second phase of the initiative will assess whether the same technology could work for controlling autonomous vehicles.

There are also meters that save money in the areas using them. In India, one of the most densely populated places on Earth, some apartment tenants use water meters. They help people keep tabs on their overall water usage, plus proactively notice potential leaks.

In Hyderabad, the apartments fitted with these meters use up to 35 percent less water per month than the units that don't have them.

Connected technology is helping reduce food waste by tracking production and distribution, too. For example, farmers use sensors to monitor things like soil condition, water levels, and pest infestations, allowing them to intervene before the issues become too severe and significantly affect output during a growing season.

Up to 40 percent of food waste occurs after food gets harvested, so smaller amounts reach the people who need to eat it. And food waste is even more impactful in overcrowded areas where there are perpetual food shortages.

What if all the supermarkets in a smart city had sensors on the merchandise to take real-time measurements of the most popular items? Then, supermarkets could adjust the amounts of particular products they order to meet consumer demands more accurately. Such an option could work exceptionally well for perishable items or products with seasonal peaks in demand.

Many of the smart city projects already underway include buildings with solar panels and other features to save on energy costs. There are also multi-purpose complexes where people both live and work to avoid having to travel.

If city planners use big data platforms and connected technology, they can keep tabs on things like increases in the number of people moving to a city or declines in residents relocating.

With this approach, builders can respond proactively and create new structures when possible to accommodate the influx of new residents. If people notice that housing options are few and far between in an area, they may choose to relocate elsewhere.

Both High-Tech and Low-Tech Options Are Needed

Overpopulation affects our community in various ways, which means there's no universal fix.

But the IoT and its capabilities could assist with managing overpopulation through smart city technology, while more traditional methods — such as access to and education about birth control — could minimize overpopulation effects instead of exacerbating them.