These Vans Provide Brazilians in Japan With Food and Mobile Banking

Living abroad can be tough, missing your favorite foods, newspapers and dealing with simple stuff like banking can be a nightmare. Luckily for Brazilians in Japan, there is an answer. Brazilian companies have fleets of portable shops they send out to visit their diaspora. There are over 200,000 Brazilians living in Japan. Many of them are relatives of Japanese people who left Japan during World War I.

Banking comes to you

Much of the community work in the car factories scattered across the country. The lack of a centralized population meant it wasn’t viable for the Brazilian shops to set up large permanent businesses rather they opted for small stores open minimal hours and then heading out into the community on weekends and after work hours. The most popular of the van services is Banco do Brasil who also provide a Banking service. 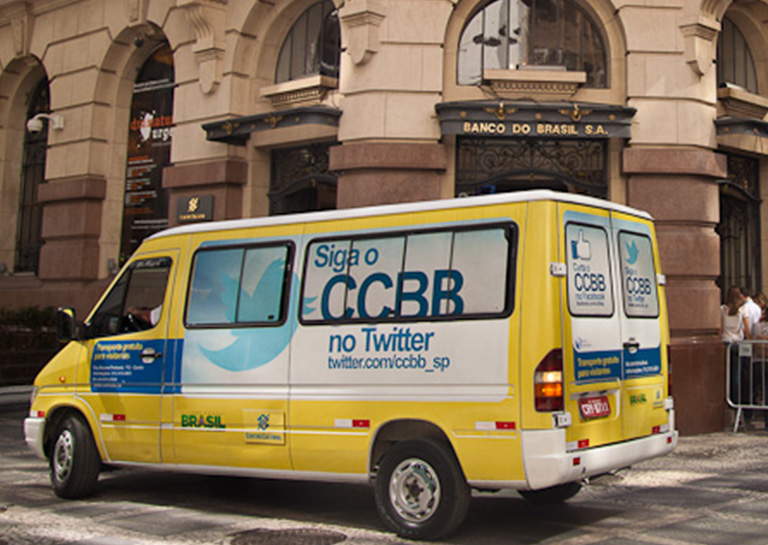 The vans, which have been operating for decades are stocked with traditional Brazilian pastries, called pastels, which contain different fillings. They also sell newspapers and other familiar items. Many Brazilian workers are paid by the hour, making it impossible to take time off during the day to attend to banking needs. So being able to sort out finances outside of the normal bank hours is really valuable. Using the local bank of Brazil is also a boom for the immigrants who regularly send money home, the van service allows them to save money on transfers and exchange.

"I can do my banking and shopping together on my day off," explained Kaline Lissa Kaneko, a Brazilian working at the windshield wiper factory in Oizumi, in central Gunma prefecture.

The 1990’s saw a huge increase of Brazilians in Japan after it made changes to its immigration laws. The new laws encouraged second- and third-generation descendants of Japanese emigrants to Brazil and their family members to work here.

The Brazilian population in Japan peaked at over 313,000 in 2007 before Japan offered incentives to repatriate in the wake of the global financial crisis. The numbers sat at around 174,000 in 2015.

The number of Brazilians in Japan is now increasing due to higher wages and a shortage of Japanese workers. The descendants qualify for a special visa that entitles them to work full time. The numbers are expected to rise if the visa is extended to include 4th generation family members.

Feeling connected to home is a critical part of working away from your native country for many immigrants. Being able to stay connected to news and accessing familiar ingredients and food can relieve the stress of being so far from home. Many immigrant communities rely on food and newspapers sent from home.

Lilian Terumi Hatano, an associate professor of sociology at Kindai University in Osaka and the daughter of Japanese immigrants to Brazil, says, "It is very important for the community to have an easy access to this type of service, especially on weekends or holidays,".

Japan is Banco do Brasil's biggest retail market outside Brazil.