Venezuela Creates its Own Bitcoin in Hopes to Survive National Debt

President Nicolas Maduro hopes to win back entrepreneurs and stabilize his country's financial state by using a new form of cryptocurrency called the Petro.

Venezuelan President Nicolas Maduro announced that he would work with government leaders to create a cryptocurrency and save the failing financial situation in his country.

The announcement came at an interesting time; Maduro explained the plan during a five-hour Christmas spectacular on a country-wide television broadcast over the weekend.

"Venezuela will create a...cryptocurrency to advance monetary sovereignty, as it will help to overcome the financial blockade and thus move towards new forms of international financing for the economic and social development of the country," officials noted in the formal statement. (Note: these statements have been translated from Spanish using online translation tools and reference guides.)

He blamed the "financial blockade" of United States sanction on his country. Those sanctions have stifled international trade and transferring funds between Venezuelan companies and international banks. Those sanctions came atop Venezuela's overall debt to investors -- $141 billion. The government and its state-run oil company defaulted on bonds in November, priming the country to default over $65 billion to bondholders, continuing to damage the already crumbling financial structure of the company.

And it was that financial state that initially drove the country's entrepreneurs to cryptocurrencies in recent years. However, the process hasn't been easy as the government under Maduro has been far from supportive. Equally, strict currency standards have pushed some Venezuelan entrepreneurs into bitcoin anyway; wanting to get those companies back, the government is offering the 'petro' as an alternative.

The move into cryptocurrency comes at a critical time in the 'life' of bitcoin. Bitcoin finally reached the milestone of $10,000 in value recently. 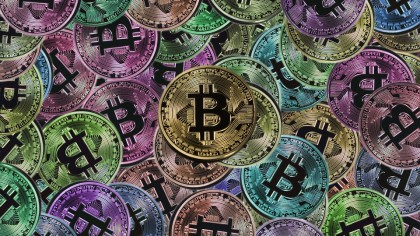 Bitcoin Has Finally Hit A Milestone $10,000 In Value

More countries are starting to open up to the prospect of using bitcoin as a viable system. For example, the government of Singapore is currently trying blockchain to help migrant workers an easier way to open a bank account and access their pay. Airlines around the globe are also deciding how (or if) they should implement the technology.

Prior to the announcement, Maduro held very harsh policies toward those interested in bitcoin mining, as noted in a September article from the Atlantic. He called anyone wanting to mine for bitcoin "capitalist parasites." Under the direction and inspiration from Maduro's policies, police in Venezuela began arresting mine operators on various charges. The charges normally involve energy theft or possession of contraband. Each bust typically leads to all the equipment being stripped from a miner.

Trading in bitcoin, however, was acceptable.

"It’s as if Maduro realizes that cryptocurrency is one of the few things holding the country together," the Atlantic writer Rene Chun noted.

One miner told Chun that “mining ETH or bitcoin is pretty much the same principle: using free electricity to generate cash."

“But ETH mining is more affordable—all you need is free software and a PC with a video card. Any police officer is easily fooled into thinking your ETH miner is just a regular computer.”

The biggest question for Venezuelan officials is now how this financial plan would even be implemented.

“It’s Maduro being a clown. This has no credibility,” opposition lawmaker and economist Angel Alvarado said in an interview with Reuters.

“I see no future in this,” added fellow opposition legislator Jose Guerra.

The announcement also came right after the bolivar sank in value against other international currencies. The Venezuelan government even introduced a 100,000 bolivar note.

Via: CoinDesk, The Atlantic, CNN Money