Rather than study the negative effects of venom on humans, one team of researchers make the case for using it to shape the discussion on life-saving drugs.

Humans are told to avoid certain reptiles, bugs and ocean life due to their venomous reputations. However, new research could help correct those assumptions by using venom in a new type of drug for humans.

Associate Professor of Chemistry and Biochemistry Mande Holford and team collaborated to create a new class of drugs to treat diabetes, chronic pain, autoimmune diseases and other issues.

Venom to the rescue

Roughly 15 percent of the Earth's documented inhabitants are venomous species, according to Holford. For most of human history, people have generally avoided that 15 percent for good reason.

By definition, venomous animals produce chemical toxins designed to kill or stun prey long enough for the creature to eat the prey. Venom can also be used as a defense mechanism against larger predators. These creatures are found in virtually all aquatic and land habitats.

From widow spiders to scorpions, jellyfish to king cobras, humans have done a great job figuring out how to treat a bite or sting from these infamous creatures. However, despite the extensive time spent on how to treat the venom, very little research has been done on how we could use the venom in other ways.

Holford noted other teams might've lacked the technology for analyzing the very small amounts of venom needed in small species. However, recent innovations in omics helped her team discover evolutionary changes among venomous species that could benefit humans. (Omics are technologies to map the roles, relationships, and actions of an organism's molecular structure, the team explained.)

"Knowing more about the evolutionary history of venomous species can help us make more targeted decisions about the potential use of venom compounds in treating illnesses," said Holford. "New environments, the development of venom resistance in its prey, and other factors can cause a species to evolve in order to survive. These changes can produce novel compounds -- some of which may prove extremely useful in drug development."

Drugs stemming from venom aren't completely unheard of. However, the US Food and Drug Administration (FDA) has only approved six venom-based drugs in recent years.

Holford and her team want to greatly improve those numbers by making the case for investing in venom studies. Her team looked at the sea anemone for a prime example.

Sea anemones are seemingly harmless-looking predators that ensnare prey by immobilizing it with nematocysts. Sure, they can develop symbiotic relationships with certain species of fish (as seen in the movie Finding Nemo), but they're one of the ocean's most successful venomous creatures. 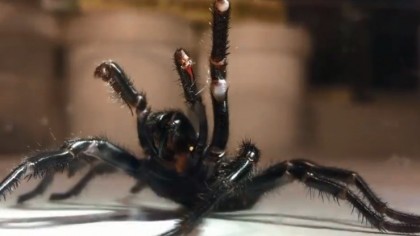 Holford sees potential in the sea anemone's venom, connecting it to potentially treating autoimmune diseases. Neurotoxins from sea snails like the Conus magus could provide a non-addictive treatment for chronic pains. Deathstalker scorpions -- with a venom worthy of the creature's namesake -- could help medical professionals identify and more successfully image tumors in the human body.

Holford and the rest of her team from the Graduate Center of the City Univerisity of New York and Hunter College continue to promote the study of venom and the connections it could have to saving human lives rather than ending them.

How Will Humans Create Artificial Life?

Scientists Just Revived Creatures Frozen in the Arctic For 24,000 Years